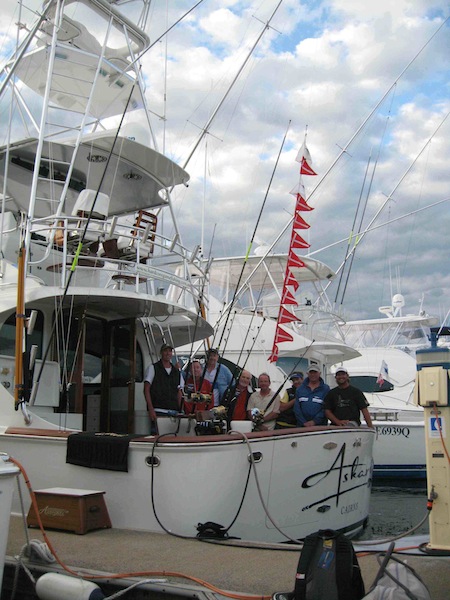 Port Stephens, Australia – The boys got after the bills in both numbers and variety. We have heard of the good striped marlin bite, but did not realize the the man in the blue suit and tuxedo showed up for the party as well.

Capt. Cory Hard on the Askari had an incredible day, going 10-12 on Marlin. He released 9 Striped Marlin and 1 Black Marlin. Both the stripes and the black were in the 200 lbs range, so these were not small fish at all.

Thanks very much to Jimbo Bladin for keeping us informed.