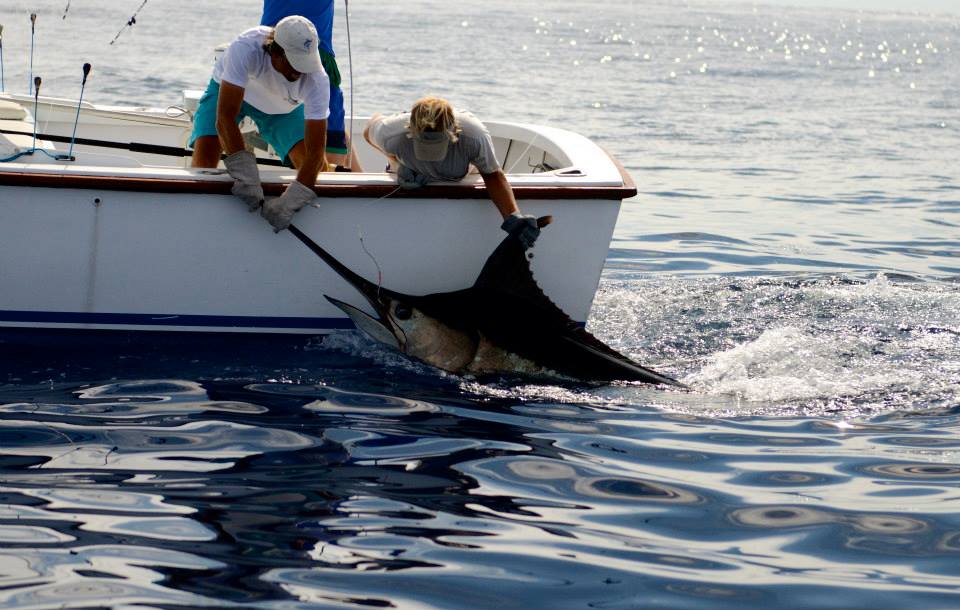 The Billfish Report is counting down its Top 10 Billfisheries of the Year, and our #5 Billfishery is the Azores  Criteria for our Top 10 include fish numbers, variety of billfish species, average size of fish, length of season and numbers of boats fishing.

For about two months a year the banks off the Azores becomes the finest place in the World to catch a Big Blue Marlin and that is what has earned its place in our Top 10 for three straight years. How can a fishery that has such as short season and very little variety, continue to make it in? We will give you 57 reasons. There were fifty seven (57) Blue Marlin caught over 500 lbs. with twenty (20) of those over 700 lbs. Two of those were called 950+ released on the Nola and Brasilia. As a big fish fishery alone, they would have tied for No. 3. Add that to the fact that there are generally six boats working these water and you have an unbelievable fishery.

What makes this fishery more unique than any other big Blue Marlin fishery is the number of days with multiple big fish. There were eight (8) trips (keeping in mind the short season) where a boat managed to release two fish over 500 lbs. Arguably one of the finest days in 2013 was Nola’s three Blue Marlin day, releasing a 950, 750 & 650. Not sure there is a fishery in the World that can throw up those type of numbers. While this is certainly a Blue Marlin fishery, they get a nice mix of big White Marlin as well. Best day we got a report on came from Habitat who went 4-5 on White Marlin and released a Blue Marlin as well that day. It may be short and sweet in the Azores, but boy is it sweet.

Congratulations to all the crews fishing in the Azores our #5 Billfishery of the Year!