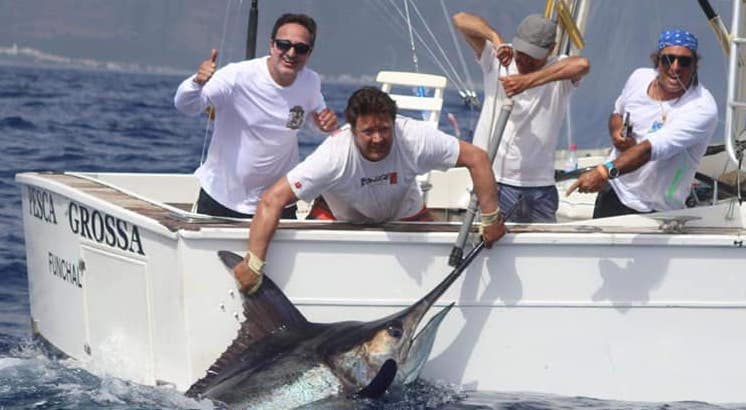 The Billfish Report is counting down its Top 10 Billfisheries of the Year, with #9 Madeira. Criteria for our Top 10 include fish numbers, variety of billfish species, reports, average size of fish, length of season and number of boats fishing. With over 9,000 Billfish Reports submitted to us in 2018 from around the World, to even be considered for our Top 10 makes a fishery one of the best!

Madeira –  A perennial favorite to be in the Top 10. If you follow us long enough, you know we love fisheries that produce large marlin. The calm blue water off Madeira, does exactly that. It is more rare catch a Blue Marlin under 500 lbs. than above it. This is almost exclusively a release only fishery, so there are always a few Blue Marlin released here that would push four digits.

While not the same productivity as 2017, Madeira still reported an impressive forty-five (45) Blue Marlin over 500 lbs. That puts it soundly in 3rd Place in the Atlantic for large Blue Marlin in 2018. From those, almost half were over 700 lbs. The large females have historically defined this fishery and is the reason big game anglers continue to fish here. We recorded eleven (11) releases from Blue Makaira on Blue Marlin over 500 lbs., the best in the fleet. They were followed by Dream Catcher, who released eight (8).

This has long been a fishery that has attracted line class World Records. This year was no exception with Team Silver-Rod-O once again seeking records. World Record enthusiast Gary Carter caught a pending World Record 808 lbs. Blue Marlin on 20 lbs. test. This is a remarkable catch and one that can be appreciated by any angler who has ever caught a large Blue Marlin on heavier tackle.

This is not a fishery for those without patience. We did not receive any reports with more than two (2) Blue Marlin caught in a day. This is also not a super diverse fishery, but they do get White Marlin and Spearfish mixed in with the Blue Marlin.

We always give credit for for fish produced by smaller fleets, which is exactly what Madeira has with 5-6 Boats fishing as the norm. The small fleet has a lot to do with the short season as well, at least on Billfish. But, the main reason seasoned anglers continue to come here, is the shot at that special Blue Marlin.

Congratulations to Madeira, our #9 Billfishery of 2018!