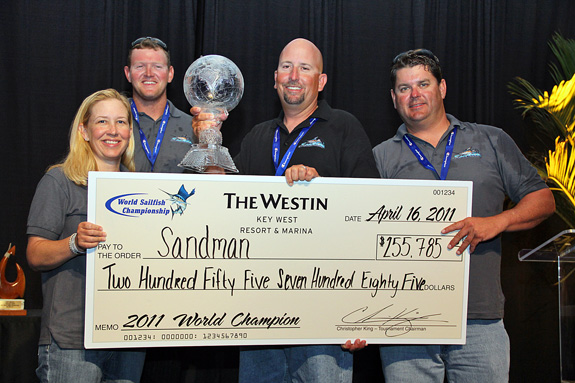 Key West, FL – Difficult Sailfish weather (flat calm) was to blame for lower than normal catches in this years Tournament. Despite these conditions, Capt. Neil Orange on Sandman still managed to released 17 Sailfish, which is respectable in anyones book. Top Angler was Sandra MacMillan on Sandman with 7 Sailfish released. 2nd Place went to Lights Out with 14 Sailfish released.

66 Teams managed to catch 335 Sailfish over the three days, with a 5-fish average over all participants.