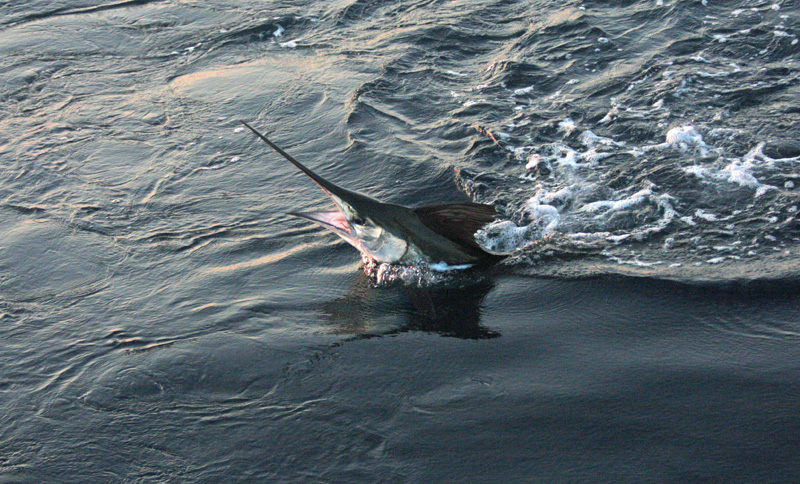 Virginia Beach, VA – We have been getting a lot of great reports from as few as 3-4 to as many as 27 White Marlin (thus far). The White Marlin migration along the Mid-Atlantic off the U.S. East Coast is really unparalleled for marlin. I am not sure if we are just getting more reports or if the fishing is really getting better, but we will take it either way.

We got the following email and corresponding photo Gallery from IGFA Rep. Dr. Ken Neill out of Virginia Beach, VA.

With storms and fronts rolling through, we have no idea how long this bite will last. Get out there if you can. Call your favorite charter boat today. Those guys are fishing even without charters. They are rounding up family and friends and going on each other’s boats. Get out while the bite is on. We got 16 white marlin yesterday. Probably had a legitimate shot to hang 30 flags. Fish were being caught from just north of the Norfolk Canyon on down to the 41000, from 50 to 500 fathoms. The best of it yesterday was the 41150 to the 41200 in 300 to 500 fathoms. There were boats from as far away as Cape May fishing in the fleet there. Top boat I heard had 31. Some blue marlin were caught as well as some bigeye tuna. There were some interesting fights on the little white marlin tackle. Boats that overnighted there had some swordfish. Great fishing right now.

We were actually targeting some fish for Dr. John Graves. We trolled little spoons for baby bluefin tuna. We caught false albacore and bullet tuna. No sign of the young-of-the-year bluefins. We were also targeting roundscale spearfish to place pop-up tags in. We only caught the whites. Good trip for not catching a single targeted fish.