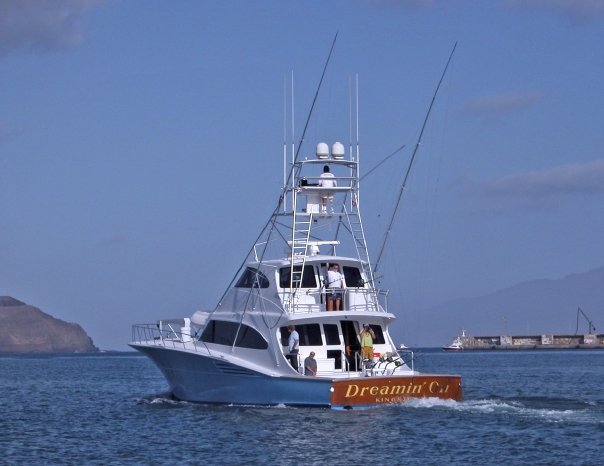 Cape Verdes – I am not sure you can write too much and too often for this fishery. Unless you love White Marlin fishing, this is damn near heavin. Even if you love Black Marlin (and we sure do) you have to be in awe by not only the numbers by the size of these fish.

All told, the 8-9 Charter Boats that fish these waters with any regularity have now released over 900 Blue Marlin. When you take in a account, that some boats like the Dreamin On have been there less than a month, you may get a sense of something really special going on. Capt. Zak Conde on the Amelia has released over 2oo Blue Marlin this season thus far and he still has 6-Weeks left to fish. Capt. Marty Bates on the Onda Emma just finished up his season and he too was at almost 200 Blue Marlin released.

We have been really enjoying the detailed reports from “Leisure” Lee Stevens, who was fishing on the Dreamin On, but has just now returned to the U.S. On their 28-Days of fishing, the boys have released 82 Blue Marlin and they are not done yet. Their latest report had them releasing 17 Blue Marlin in 2-Days.

If there is a better Blue Marlin fishery, please let us know!