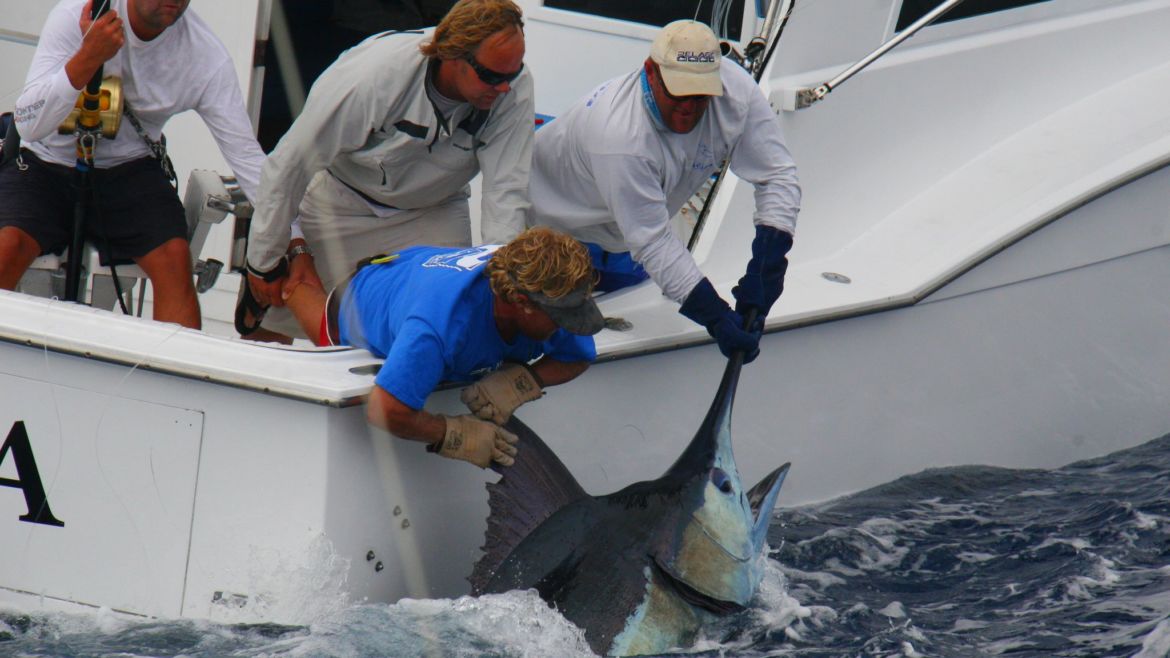 The Billfish Report is counting down its Top 10 Billfisheries of the Year, and coming in at #2 Azores. Criteria for our Top 10 include fish numbers, variety of billfish species, average size of fish, length of season and numbers of boats fishing.

When the Azores is on, it is simply unparalleled. Our #1 Billfishery of 2011, slipped to the very respectable #2 Spot, by the slimmest of margins. The greatest place in all of the World in 2012 to catch a 500+ lbs. Blue Marlin was in the Azores, hands down. In their very short season of only a few months, they managed to release 111 Blue Marlin over the 500 lbs mark! Take in consideration that this was done primarily on 6 Boats, you will soon see the number 19 on your calculator. The average boat released almost 20 Blue Marlin over 500 lbs. in a three month season. We are at a loss for words (well, not really)!

It was not just the size of these fish that was so impressive, it was the wave of size and numbers that made 2012 so special. We had 32 Reports of 2 or more 500+ Blue Marlin caught in a single day on an individual boat with a few boats even managing 3! To us, a fish over 500 lbs. is not a fish of a lifetime, but for many anglers that is a big goal that many have not met (hence our 500+ Club). The Azores has spoiled many an angler, into thinking these are common fish. But, any experienced captain and angler, will tell you how rare they really are. Those who fish the Azorean waters regularly know that the past two years have been ones to remember and we can only hope 2013, brings the same!

Congratulations to the Azores, our #2 Billfishery of 2012. Here are some of the Highlights!

Azores – Brasilia went 5-7 on Blue Marlin, all fish around the 500 lbs. mark! Spectacular!