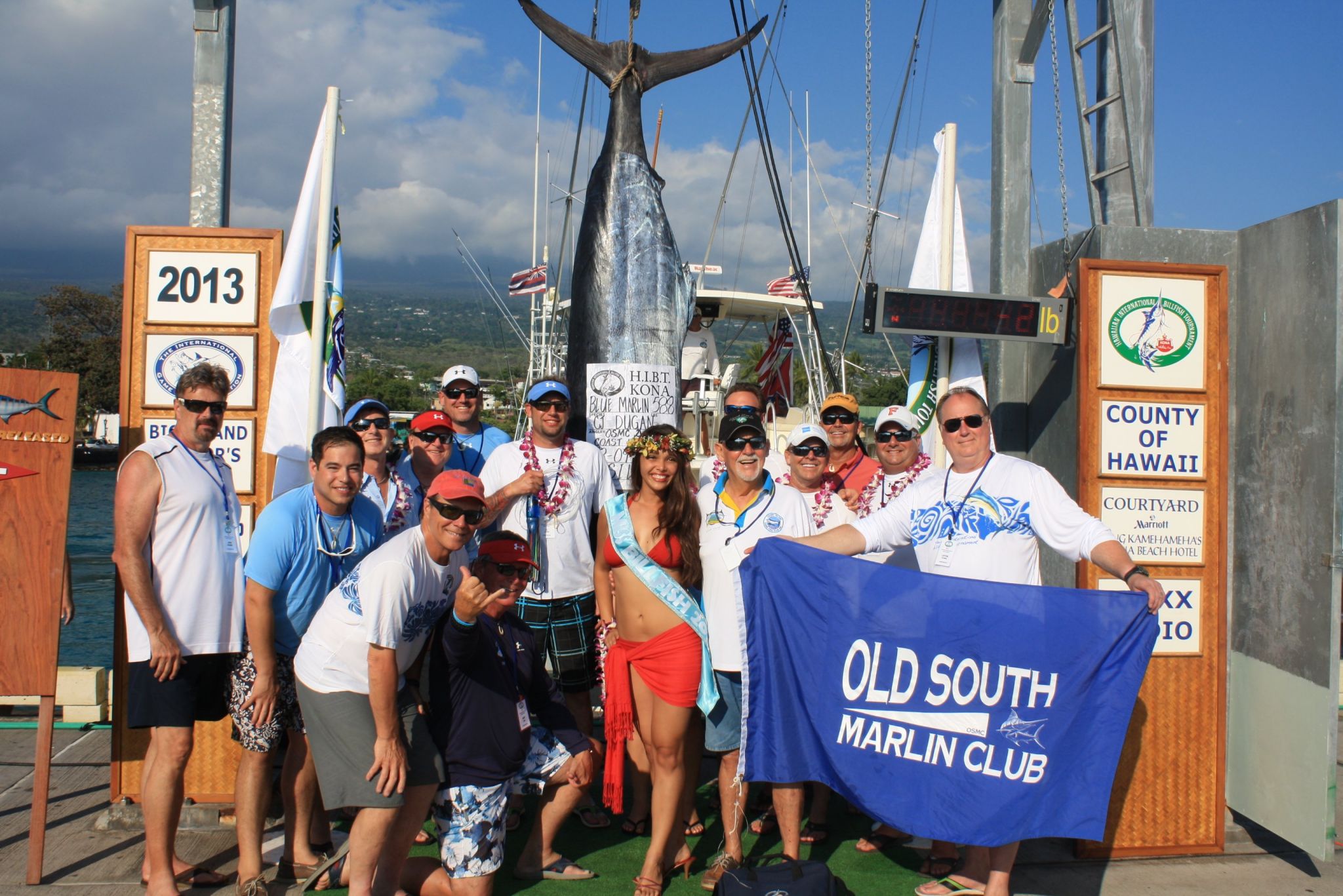 The 2013 HIBT Governor’s Trophy for first place went to Old South Marlin Club East Coast 1 (Team #27) in a come from behind victory with a total of 1,488 points. Having scored 600 points on the first day of fishing, this team – who was skunked over the next three days – kept their lines tight and their heads in the game. With several teams in contention, Old South was sitting on the bottom half of the scoreboard as the final morning of fishing got underway. Angler CJ Dugan boated a 588-pound Pacific blue marlin in a fighting time of 54 minutes today and gained additional points for biggest fish of the day and largest fish of the week-long tournament. These bookend points cinched the win for Old South.

“What a thrill ride this week has been. Several teams were lurking on the upper end of the HIBT leaderboard, yet it was too close to call until the very end of the final day,” said HIBT Founder Peter Fithian. “I think that’s what makes Kona and HIBT the best fishing venue in the world.”

“Mahalo to the entire Big Island community for extending such warmth and aloha to all the HIBT anglers from around the world who came to Kona in search of big game fish,” said Fithian.