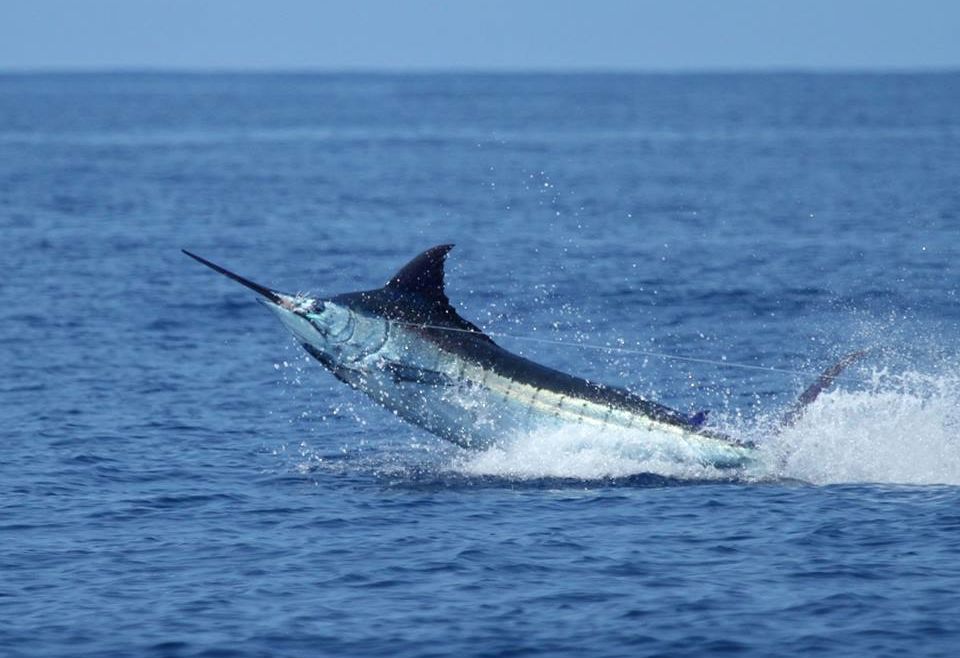 The Billfish Report is counting down its Top 10 Billfisheries of the Year, and our #4 Billfishery is Kona, Hawaii. Criteria for our Top 10 include fish numbers, variety of billfish species, average size of fish, length of season and numbers of boats fishing.

Year round Big Blue Marlin, fishing in calm waters with a volcano back-drop and less than half a mile offshore. Does it get any better than that? Well, we don’t think so. This is the third straight year Kona, Hawaii has made our Top 10. This may not be a numbers fishery, but it is a Blue Marlin powerhouse. Kona recorded three (3) Grander Blue Marlin (Holo Holo, Fire Hatt, Rod Bender) which is No. 1 in the World and ninety-four (94) Blue Marlin over 500 lbs. which is also No. 1 in the World. From the ninety-four (94) there were four (4) weighed over 900 lbs and fourteen over 700 lbs. Linda Sue III even managed a 679 lbs. Black Marlin.

While the crews in Kona may not want to claim it, Kona is absolutely the best fishery in the world to catch a Spearfish. While they don’t pack the punch of a Blue Marlin, they can be targeted reliably here on light tackle. In addition to the Spearfish, the winter time brings a good run of smaller Striped Marlin and when the bite is on, catching 5+ in a day is not out of the question. In fact, as we write this, a number of boats including Miss Mojo, Ihu Nui and Monkey Biz II  have all caught a Kona Grand Slam, comprised of a Blue Marlin, Striped Marlin and Spearfish.

While adding some species variety makes it interesting, anglers continue to return here in search of that “special” Blue Marlin. Kona remains King of the Pacific when it comes to getting a shot at a Grander. They have weighed eight (8) Grander Blue Marlin over the past three years. Once again, No. 1 in the World.

Congratulations to all the crews fishing in the Kona, Hawaii our #4 Billfishery of the Year!