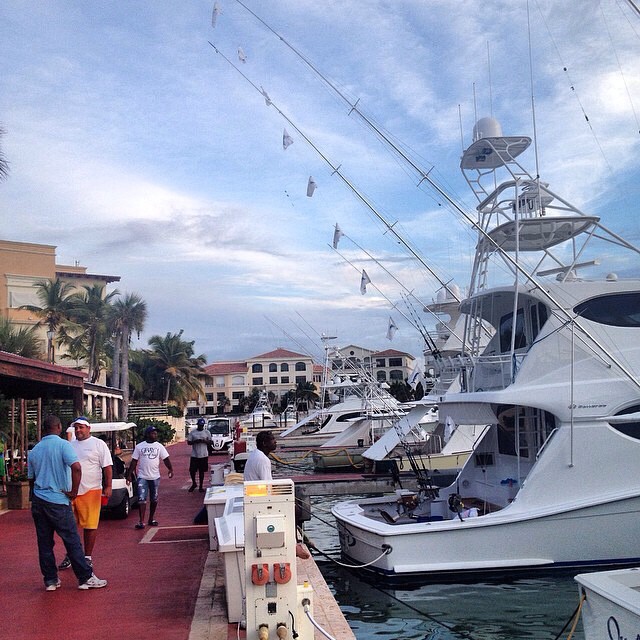 Cap Cana, Dominican Republic – After a record breaking 2013, it would be tough for the 2014 season to measure up. We all got a little spoiled when a 5 Blue Marlin day was not even making headlines, but that was the reality. There are less boats fishing of the East Coast of the Dominican this Fall, but those who have gotten out there have been rewarded in a big way, like double digits big.

We had three boats record 10+ Blue Marlin days over the last week with a new Cap Cana Marina record 12 Blue Marlin released on the Hey Chama. They went an amazing 12-18 that day, which is phenomenal action on any billfish especially Blue Marlin. Blue Bird was also on the fish going 10-15 on Blue Marlin. Amirita did not want to be left out, going 11-17 on Blue Marlin, followed up the next day with a 9 Blue Marlin performance giving them 20 Blue Marlin over 2-Days.

The bite should continue for a while, so if a Blue Marlin is on your list the Dominican is a good bet.