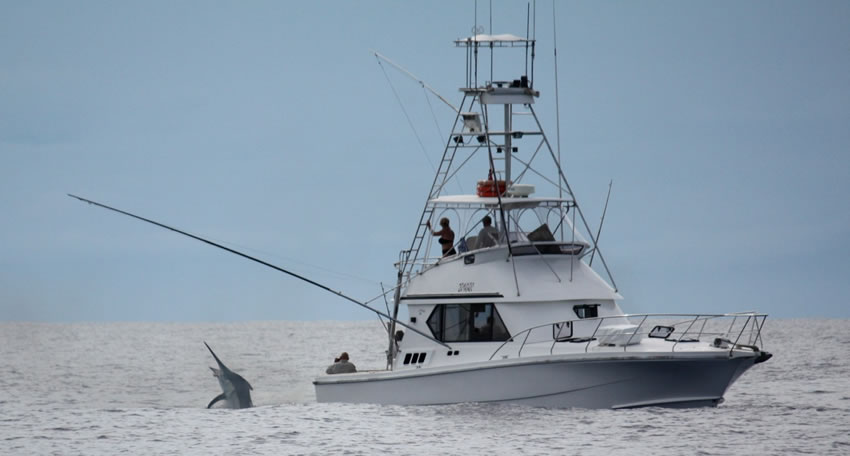 Cairns, Australia (Great Barrier Reef) – This has been an unbelievable heavy tackle season in Northern Queensland for not only size but numbers as well. Over the last week however, when it comes to big fish Capt. Ross Finlayson on Top Shot has had the hot hand. Capt. Finlayson has caught 3 Grander Black Marlin within a week, including most recently a 1,111 lbs. beast for the now pending Women’s World Record on 50W for Stephanie Choate.

It should be noted that Top Shot also one the Lizard Island Black Marlin Classic, where the boys released two fish they called 999 lbs. In this part of the world, those are often times Granders that the crew did not want to call over 1,000 lbs. as they did not weigh them. They have caught seventy (70) Black Marlin on the season, including seventeen (17) over 800 lbs. May take a while to let those numbers settle in.