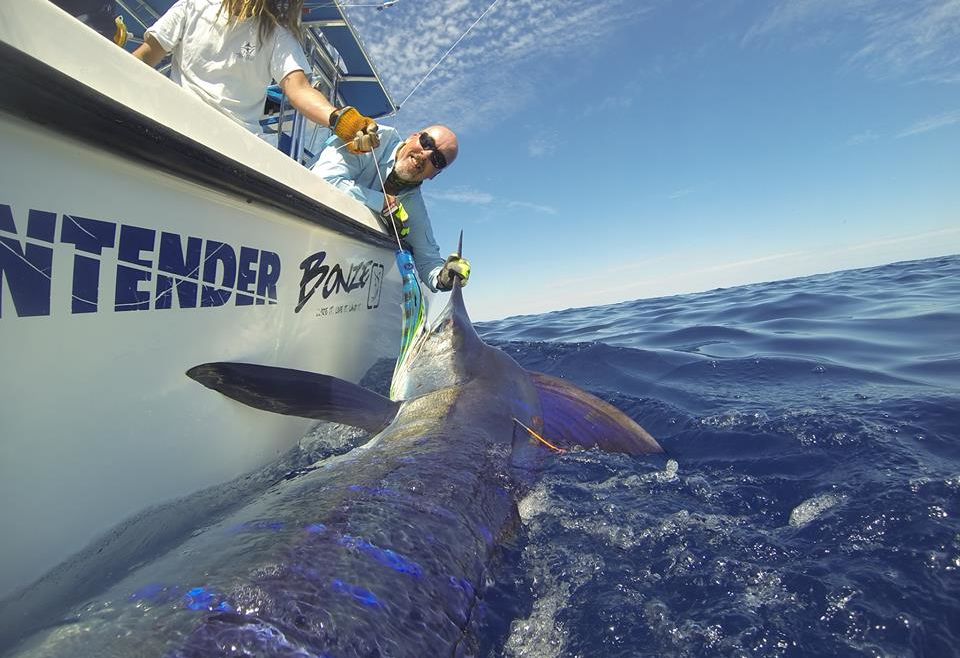 Exmouth, Australia – There is absolutely no doubt that this fishery is becoming one of the “must visit” Billfish Destinations. Most captains will say that the season is just about to start, but from our vantage point we are not sure it ever stops. This is a year round fishery and while certain species are more prolific in one month over another, who would be upset if they caught a Blue Marlin instead of a Black Marlin or vice versa. Striped Marlin? Sailfish? Does not matter as they are all here, making this an excellent fishery for Grand Slams. In fact, Capt. Eddy Lawler of Peak Sportfishing most recent scored three (3) back to back Grand Slams. In those three days, they released 3 Blue Marlin, 6 Black Marlin and 4 Striped Marlin.

Most boats are getting 2-3 shots a day on billfish right now. On Strike went 4-4 on Sailfish one day and then followed that up the next day with a 400 lbs. Blue Marlin. Diversity fished 3-Days releasing 6 Black Marlin and a Sailfish and that does not count how many fish they raised. Azura also got into the action going 2-2 on Blue Marlin.

This may not be considered a Big Fish fishery, but just in the last week Peak Sportfishing has released a 500 lbs. Black Marlin and a 900+ Blue Marlin, the largest fish Capt. Eddy has seen in his home waters. This may not be high season, but don’t tell the fish.