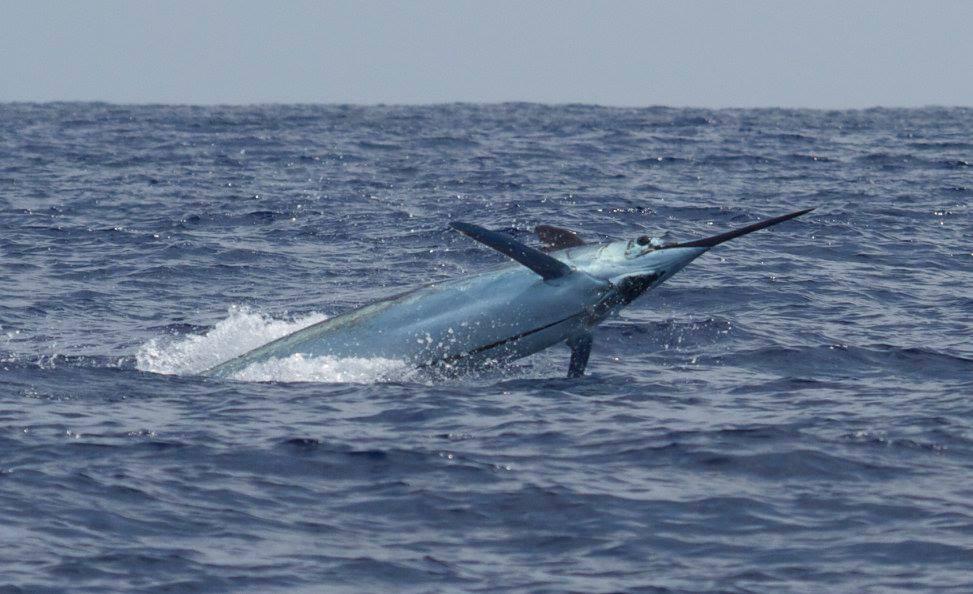 The Billfish Report is counting down its Top 10 Billfisheries of the Year and our #8 Billfishery is Kona, Hawaii. Criteria for our Top 10 include fish numbers, variety of billfish species, average size of fish, length of season and number of boats fishing. With over 12,000 Billfish Reports submitted to us in 2016 from around the World, to even be considered for our Top 10 makes a fishery one of the best!

Kona, HI – Coming off one of the finest seasons this fishery has ever seen in 2015, expectation were high for 2016. But these are Billfish and they don’t always get the message. I don’t want to start out a report on a very good year, with anything too negative, but no Granders? No Blue Marlin (at least weighed) caught in these waters over 1,000 lbs? How can that be? This is the first year since 2007 that a Grander was not caught off the Big Island and 2004 since a Grander was not caught in Hawaii. When you have been setting the bar so high for so many years, even the best fisheries can have a “down” year.

Still, there were plenty of Blue Marlin caught in these waters and Kona still “smoked” every other Blue Marlin fishery in the Pacific on 500+ fish, with thirty-nine (39). This made them the 5th Best Place in the World in 2016 to catch a Blue Marlin over 500 lbs. Capt. Bryan Toney on Marlin Magic lead the fleet with six (6) over 500 lbs, largest a 900 lbs. Blue Marlin they released. Anxious, Marlin Magic II, Ihu Nui and Sapo all came in 2nd, releasing three (3) over 500 lbs.

Blue Marlin are the main target of course, but Kona grows them big and small with the most reliable Spearfish fishery in the Pacific. Not many Captains want to claim them, partly because they are considered bait, but on a slow day I am betting nobody is too upset to catch one. Capt. Chip Van Mols on Luna had the best day going 4-7 on Spearfish, followed by Anxious, Marlin Magic, Bomboy’s Toy, Camelot, Ihu Nui, Kona Blue, Maverick and Nasty Habit all with three (3). The normally reliable Striped Marlin run never really materialized, with no boat releasing more than two (2). The Fleet did manage two Grand Slams with Luna and Topshape both releasing a Blue Marlin, Striped Marlin and Sailfish. Although not common there were a few Black Marlin around and Anxious actually made a day out of “Sailfishing”, going 2-3.

This is certainly not a numbers fishery unless you were fishing in 2015. Most boats were averaging 2-3 bites a day in the height of the season. The best day of the year on releases came off the Last Chance who went 5-5 on Blue Marlin. The next best days came of the Luna and the Sapo, both releasing four (4) Blue Marlin in a day.

Kona is a true year round fishery and we received reports in every month of the year. In 2016 to be more specific, not only were there Blue Marlin being caught every month, we had at least one Blue Marlin over 500 lbs caught in every month. No other fishery in the World can make that same claim.

Congratulations to Kona, Hawaii our #8 Billfishery of the Year.