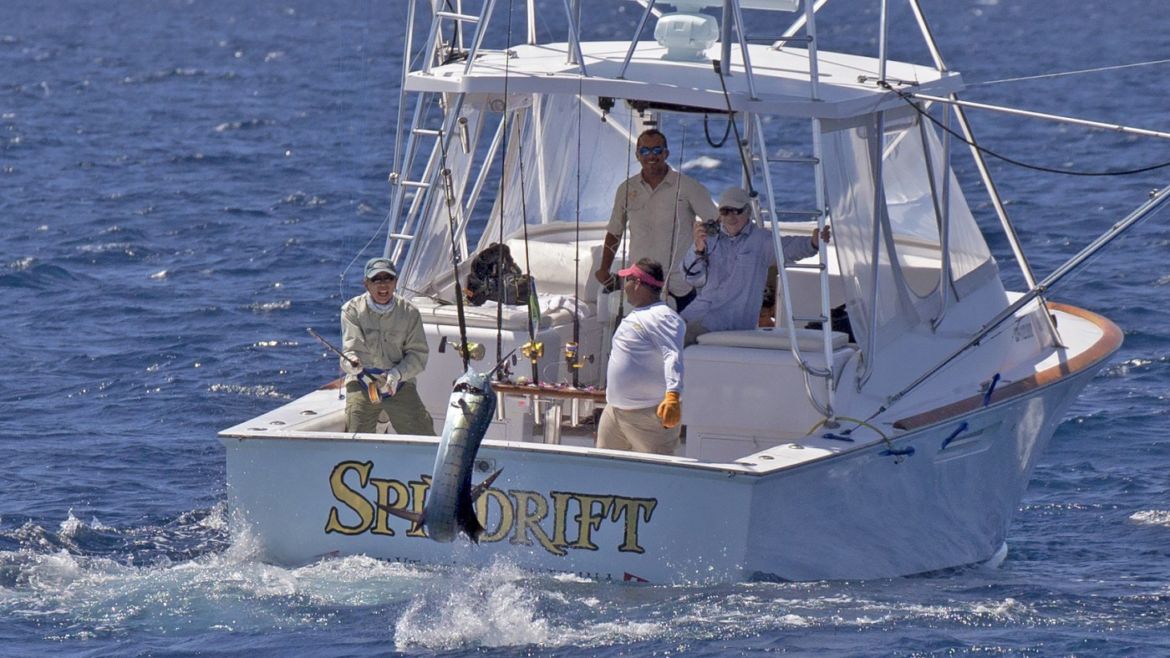 The Billfish Report is counting down the Top Billfisheries of 2009 – and coming in at #8 is Guatemala.

Obscene.  That’s the only word to describe the fishing in Guatemala, year after year.  The obscenity is in the sheer numbers of sailfish – without a doubt the best place on the planet to catch Pacific sails, and huge numbers of them.

2009 was what every year is for Guatemala – full of sailfish.  Boats seeing dozens of sails a day, fleets being overwhelmed by the massive numbers, and even some blue marlin – which aren’t targeted nearly as frequently – highlighted the year for Guatemala.

Guatemala is the #8 Billfishery of the Year due to the absurd numbers of sails caught, the consistency throughout the year, and the sprinkling in of marlin – making this fishery just simply extraordinary.

Here are some examples of why:

–          Boats this year released as many as 50-60 sailfish in a day (Hooked Up, November 28 – 58), with it being quite normal to see 20-30 and hook up a good percentage of those.  Only in August, September, and October this year did the fishing really slow down at all – but “slowing down” is all relative, as boats were still seeing 4-8 fish a day.   In November, Casa Vieja Lodge hosted the PCCA Tournament, which saw 211 sails for the tourney – utterly phenomenal fishing, to be sure.

–          Blue marlin bite saw some fish of nice size, and some good numbers when they were targeted.   A 700 (Jackpot, May), 400 (Strike Zone, May), to 400 (October bite).  Some days the fleet even reached double digits on blues seen…speaking to the fishery’s potential for blues if only they were targeted more.

Guatemala is the Billfish Report’s #8 Billfishery of the Year.  Stay tuned for #7, coming later this week!