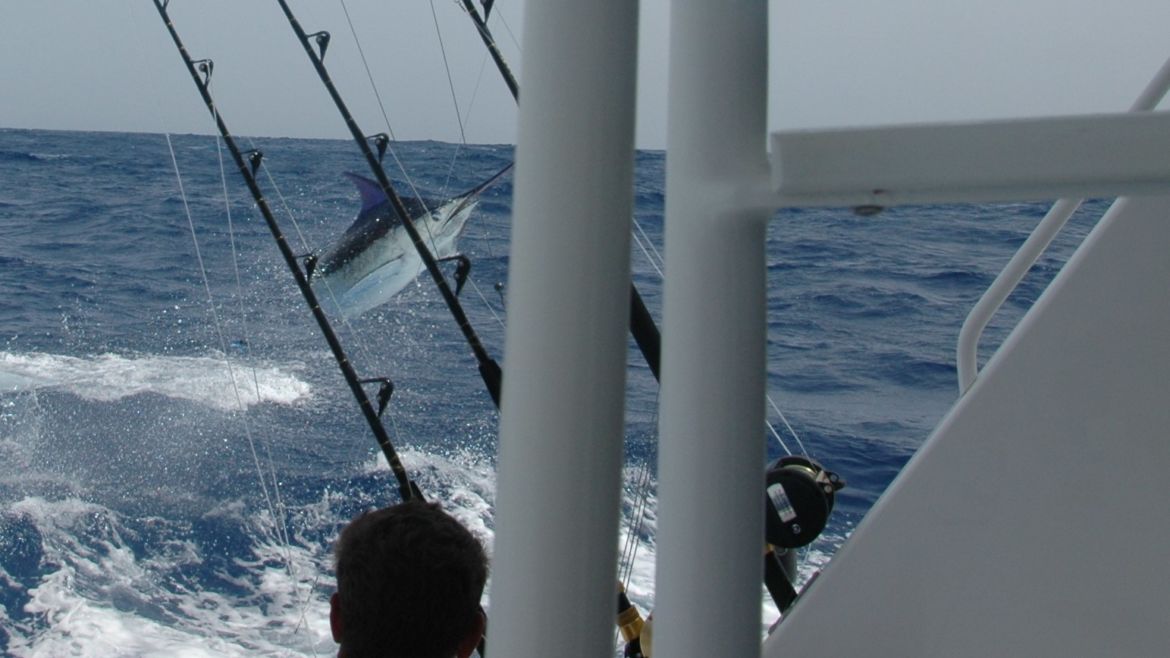 The Billfish Report is counting down its top 10 Billfisheries of the Year, and coming in at #5 is St. Thomas.  Criteria for our top 10 include numbers, variety, and size of fish – and St. Thomas, whilst it didn’t see terrific size this year, certainly did see numbers, with some variety as well – whites and sails mixed in with a heavy dose of blues.  St. Thomas vaults all the way to #5 on the list because it was the best place in the world in 2010 for blue marlin – Atlantic or Pacific – during its seasons and moons.

The St. Thomas moons are truly extraordinary – no fishery on earth sees such correlation to moon phase as this one, and the results are truly amazing.  Here are some highlights…

– The Boy Scout – one of the most prestigious events around the billfishing world – saw 41 boats catch 141 blues this year.

– Boats consistently saw five, six, seven fish a day on the moons in the summer – with as many as 10 on a given day.  Hookup rates were typically 50%+ as well.  Blue marlin simply don’t come in numbers like this anywhere else on such a consistent basis – Venezuela, Kona, Panama, San Juan, the US East Coast – nowhere sees blues in these types of numbers so consistently.

– The length of season was terrific – starting in April and continuing on to even this week, when a 400-pound blue and some sails were caught.  Though only about two of the four weeks each month in season are seriously fished, the season this year has been long and strong.

So for seeing the most reliable blue marlin bite in the world – in a year that blue marlin weren’t nearly as numerous as they are and have been in past years – St. Thomas takes the fifth spot in the Billfish Report’s 2010 Billfisheries of the Year.

Thanks very much to the owner of Fa-La-Me, Mr. Frank Rodriguez for the awesome shot.