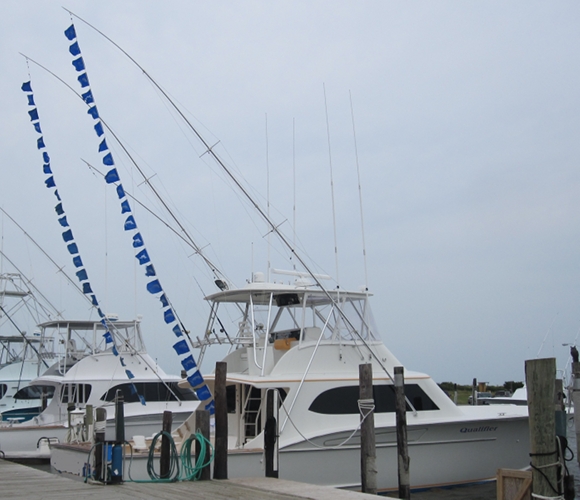 The Billfish Report is counting down its top 10 Billfisheries of the Year, and coming in at #7 is the Mid-Atlantic USA.  Criteria for our top 10 include numbers, variety, and size of fish – and the Mid-Atlantic US East Coast – essentially the fishery between southern New Jersey down to Charleston – witnessed all of these aspects in 2010.

– A particularly long season – we had reports of marlin off NC and SC as early as March, and running through to September for marlin…even later for sails.

– Numbers were extraordinary, with the highlight being the Billfisher’s 57 white marlin in one day.  There were multiple other days in the 40s and 30s as well, the second straight season that white marlin made a huge run off the US East Coast.  And the legendary White Marlin Open had a record-breaking Monday, with 195 white marlin caught that day alone (in addition to 15 blues).

– There was a number of huge fish caught – we reported seven in the 600-900 pound range – in addition two granders, both in Ocean City.

– Variety of fish was strong as well, with large numbers of sails seen and caught, a good late season white marlin bite, and an ongoing blue marlin bite as well.  Southern NJ also saw its fair share of swordfish as well – so with four billfish species making regular appearances this fishery was certainly not lacking for variety.

– This fishery even had huge controversy, with the disqualification of the Citation’s Big Rock-record fish (883 blue) due to a mate’s lack of a fishing license.

A huge billfish year for Maryland, Virginia, NC, SC in 2010, without a doubt.  Watch out for #6, coming later this week!