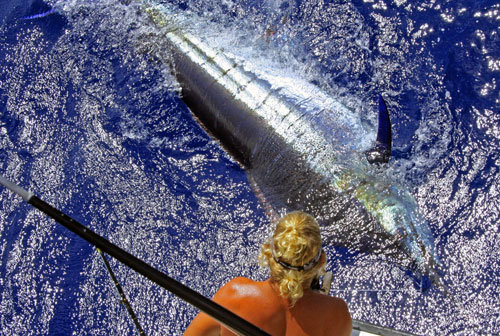 Ascension Island – Seems hard to believe that they’re back to fishing in Ascension, but the season has kicked off – and with some large hungry ones around for sure.  Today we received a report from Captain Matthias Henningsen on the Harmattan: in three days of fishing to start the season, they saw five blue marlin, average size 500-600 pounds.  Largest fish was apparently well over 800 but after chasing the fish for over a mile (and 16 minutes) pulled the hook.

More reports to come…but in the meantime we’re watching what seems like a fast start to the season!