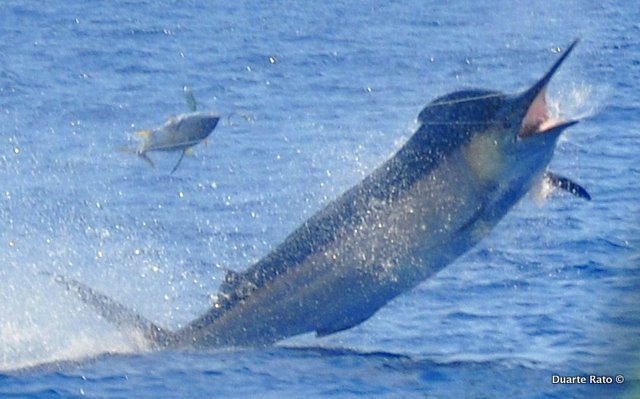 Bazaruto, Mozambique – We got a good report to the start of the season for Capt. Duarte Rato. On six days fishing, they raised 13 Black Marlin with 6 Hook-Ups. First fish of the season was a beast though at an estimated 900 lbs. After fours hours of fighting the fish, it chewed through their 650 lbs leaded.  Not all fish were monsters though as they released three fish in the 200-300 lbs range that they called “rats” (only in Australia and Mozambique do people call these rats). The “rats” were on 30 lbs test, so they were near 10:1 ratios, not bad if you ask me. Here are some shots he sent us.