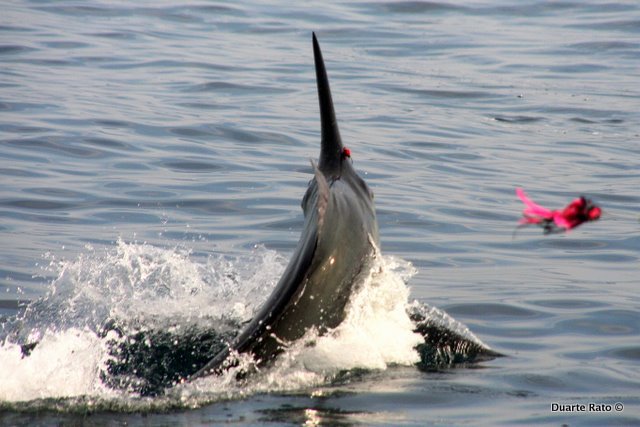 We get a lot of black marlin reports from Panama, Australia, Costa and Mexico, but we get more reports on lure caught fish from Capt. Duarte Rato down in Bazaruto, Mozambique. We know lures have produced on fish in almost all fisheries, but we find it fascinating that the feeding pattern on a black marlin from one fishery to the next can be so different.

Another prime example of this is Capt. Jason Coffrin on Mr Trigger down in Costa Rica (flamingo-fishing.com). We have witnessed first hand his bait and switch on these Costa Rican black marlin. In fact, Capt. Coffrin (aka Butterfly)  catches almost all of his black marlin on bait and switch. I don’t want to give away his secrets to raising these fish, but trust me when I say that the blue marlin guys would find this shockingly similar to their version of bait and switch.

We would love to know of other places that not only specifically target black marlin on lures, but catch the majority on them. Hit us up on Facebook (Bill Fish and Marlin Billfish) or hook@billfishreport.com. We would love to hear from you.