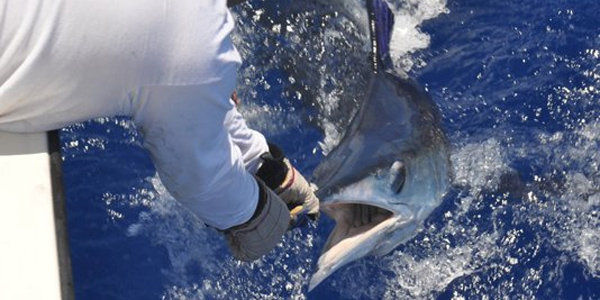 Vitoria, Brazil – Big White Marlin are the name of the game for Capt. Bruno Larica (www.billfishbrazil.com) with many of their fish well over 100 lbs. Thus far this year, he has caught three fish over 130 lbs with one weighed at 142 lbs. U.S. guys are used to the 50 lbs fish, but that is small be Brazilian standards. This is just the start of the season as well, with the big blues to follow in the weeks ahead.

Not only does he get good size white marlin, he also can get the numbers with some days releasing over 10 fish. In the last two days he went 7-12 on White Marlin and 1-2 on Sailfish.