As if Kona didn’t have enough tournaments on its prolific summer calendar, this year it added another – the 1st Annual September Challenge.

Most expected the fishing to be really strong as there’d been a number of large fish caught and reported seen over the previous week.  Turns out the fishing was decent – though not up to the same numbers they’d been seeing over the last month or so.

In the end, JR’s Hooker won the tournament on its Day 1 488-pound blue – which combined with its 200-point release gave the boat 688 points over the three days.  This topped the 600 points for both Rod Bender and Five Star, both boats releasing three blues over the weekend. 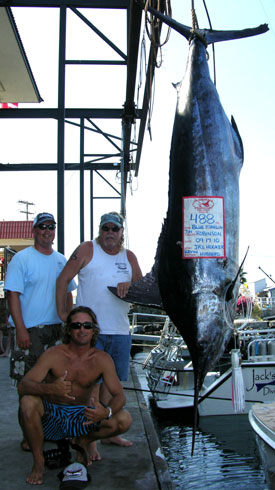