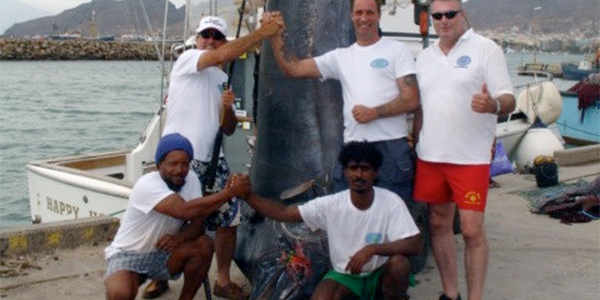 The Billfish Report is counting down its top 10 Billfisheries of the Year, and coming in at #3 is Cape Verde.  Criteria for our top 10 include numbers, variety, and size of fish – and Cape Verde, which came in second in last year’s billfisheries of the year, had about 15% more fish caught in 2010, according to our reports…all told some extraordinary numbers.

Here are some highlights from 2010 for Cape Verde…

– Cape Verde captured more granders than any fishery on earth save Australia – this extraordinary billfishery captured five all told.

– The 2010 Blue Marlin World Cup winner came from Cape Verde, with the Happy Hooker catching a 1,097 blue to win the tournament.

– Countless multi-fish days, with a consistent run of two-, three-, four-fish days on the boats that fished the Cape Verde Islands.

– A season that started in April and went through the end of the year – with the concentration of fish, as is typical, in the summer months.

And given that Cape Verde had a better season this year than last – and last year finished #2 in the rankings – watch for our top two, coming shortly!