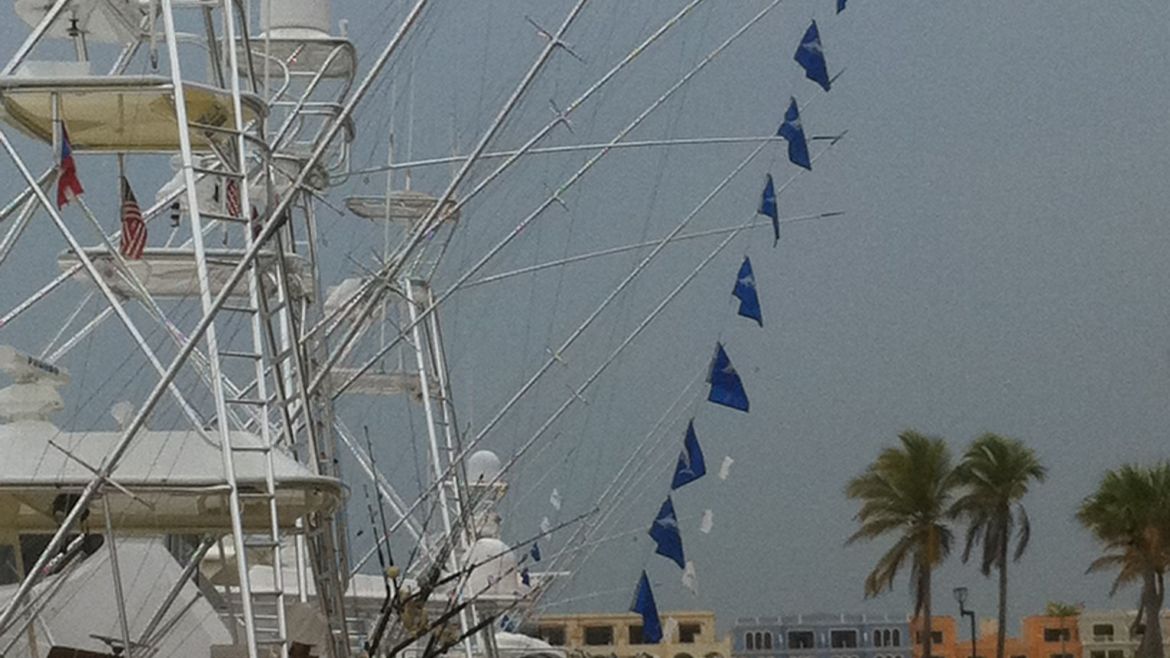 Cap Cana, Dominican Republic – Either we have not been getting the reports or the bite has been slow the last couple of years, but the bite is definitely back on down in the DR. Known as one of the great White Marlin fisheries, double digit marlin days were  not uncommon reports. Well, we are pleased to announce that the bite is indeed back and your chance on a double digit marlin day has returned with it. No longer a stopping point on the way to St Thomas, the Dominican in the Spring is usually as reliable a White Marlin bite as there is.

The boys from the Puerto Rican Light Tackle Anglers Association fish an annual Tournament off Cap Cana searching out this famed White Marlin bite.  The numbers were excellent, with the best day turned in by Evelyn. The crew released an impressive 13 Marlin, going 12-12 on White Marlin and 1-1 on Blue Marlin. Like a lot of the Atlantic (and Pacific) a Ballyhoo with a circle hook was the bait of choice in this all release Tournament. We should note, that despite the great day by Evelyn, Blue Bird ended up winning the Tournament.

Although not fishing in the Tournament, the well known traveling boat Big Oh was fishing the same waters. Big Oh released 5 White Marlin and 3 Sailfish on their first day and then followed with an incredible Memorial Day, releasing 2 Blue Marlin and 11 White Marlin.

If you are looking for a GREAT marlin locale, that does not get enough press.Give some strong consideration to the Dominican Republic.