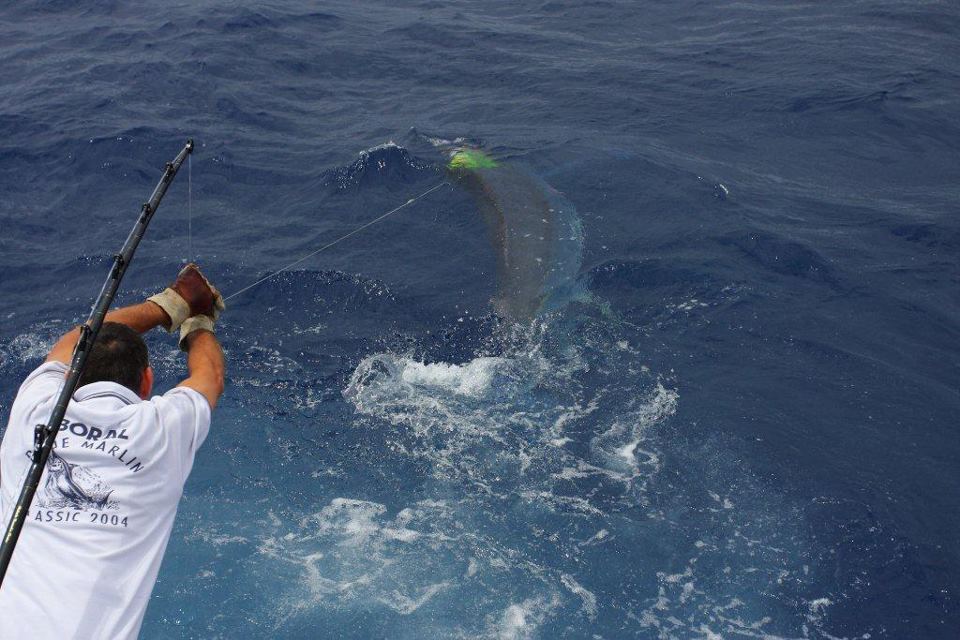 Gold Coast, Australia – While most of the boys are up fishing for Black Marlin on the Great Barrier Reef, down south the boats are out targeting blue marlin. Well, at least for most boats. Turns out Mark Morland on Lucky Strike has a lucky hand on the “other” big marlin. While trolling out deep with the other boats, Mark got a bit of a surprise when he realized that a 900 lbs Black Marlin had just engulfed his Legend Lures Black Enki. In fact, they assumed it was a Blue Marlin until they got her closer to the boat for the big surprise. They of course released this beautiful black marlin, so she could head up north to go spawn.