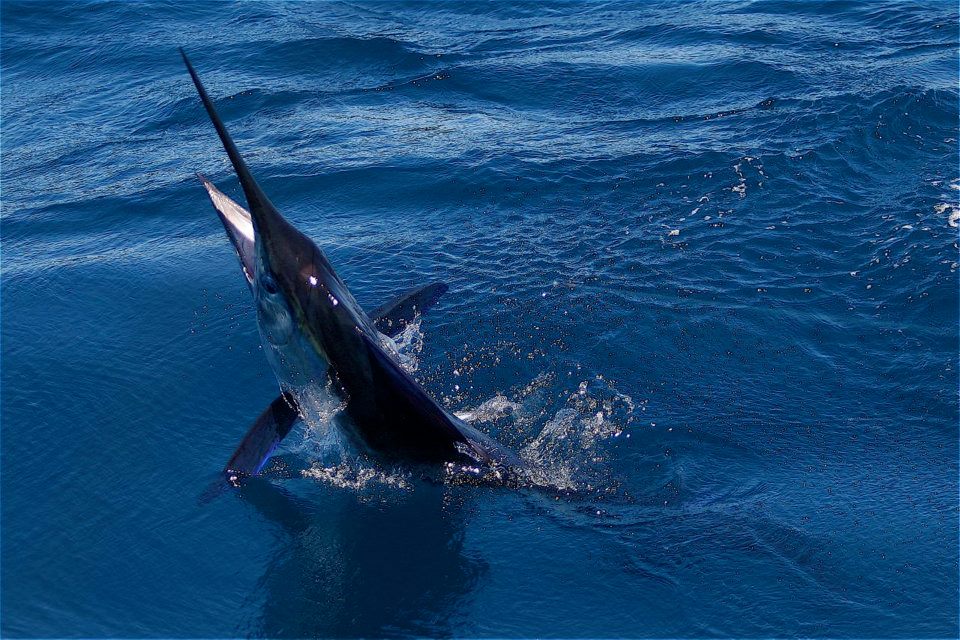 Magdalena Bay, Mexico – About 150 miles north of Cabo San Lucas lies one of the most fertile areas in the world for Striped Marlin. “Mag Bay” as it is often called, has produced Striped Marlin numbers of 50+ in a day over the years. Like all fisheries, it has better years than most, but it appears this year may be a good one.

Capt. Sammy Talbert on the Sneak Attack spent 5-Days fishing these waters, releasing 65 Striped Marlin and seeing more than they could possibly count. Sammy indicated the dorado were so thick, they could not even drag ballyhoos, instead having to rely on live baits. They had to pull bridge teasers at times to target the marlin to pick a few off. When it was all said and done though, Sammy said that they caught half of the marlin on dead baits and half on live.

The benefit to all of us of course are these great shots courtesy of Capt. Talbert.