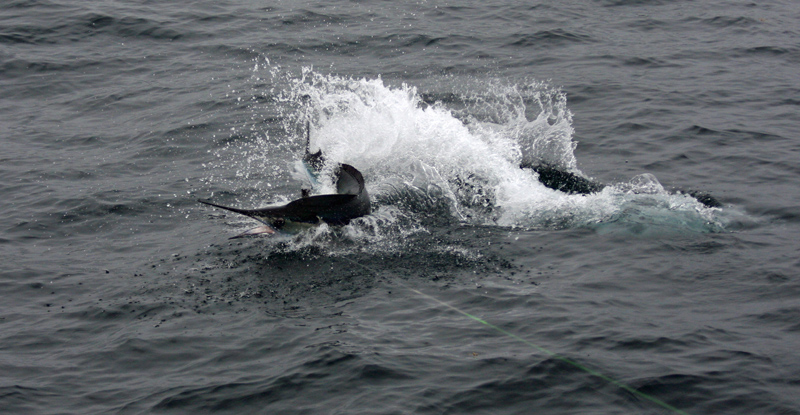 The Billfish Report is counting down its Top 10 Billfisheries of the Year, and coming in tied at #9 is the US Mid-Atlantic.  Criteria for our Top 10 include fish numbers, variety of billfish species, average size of fish and length of season.

Defined as southern New Jersey through North Carolina, this fishery had a terrific 2011.  Not only did they see some fifteen (15) fish over the 500-pound mark, but there was a steady run of smaller blue marlin and sailfish.  And the white marlin remained prolific, with multiple double-digit days in the late summer and early autumn – for example, the Hatteras fleet captured around 200 white marlin on some days in September, and boats in Maryland, Virginia, and North Carolina were no strangers to 10-15 white marlin off a single boat in a single day.  Combine that with the length of season – first reported bill caught in April, running all the way through October, and the US East Coast is a deserving top 10 finisher.