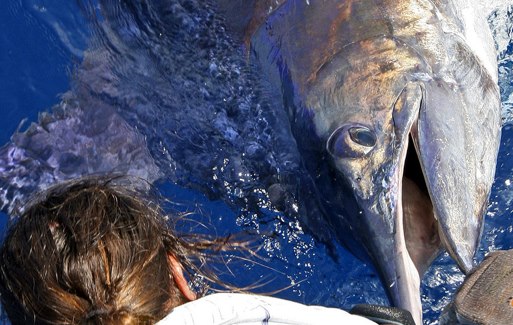 Azores – No this is not a mis-print, we did just in fact report on the great fishery that is the Azores. The problem is the guys keep racking up numbers that just leave us speechless. These stats on Blue Marlin would make any fishery proud, but when you add the weight, we just can’t say enough. We are doing some research and compiling our numbers from 2011 (which was one of the finest on record) to see how 2012 compares, but it feels awfully close.

We get the majority of our reports from Brasilia, Xacara, Nola and Habitat. These boats are literally catching 2-3 dream fish (500+)  a day for their anglers and it does not seem to stop. We can’t tell you how hard it is to catch a 500 lbs. Blue Marlin. Not  just because of the fight, but simply the time you typically need to put in on the water, to have a shot at one of the beauties. If you are sitting their saying, “boy, I would like to catch one” now is the time. While the Azores is a tremendous fishery, the past two seasons have been VERY SPECIAL! Go to Brasilia Azores for more details.

Here are just a few of the latest reports. We will of course have all the daily reports.