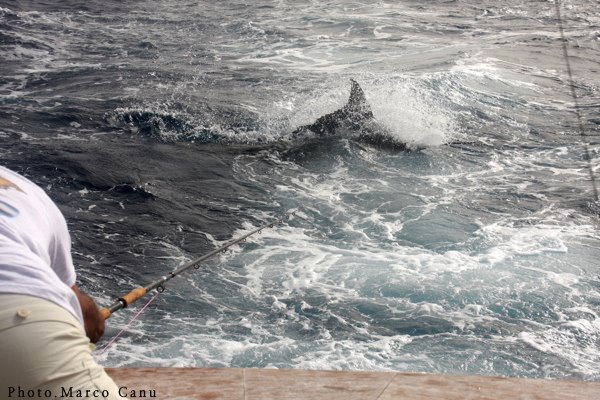 Cape Verdes – As if you needed any more of a challenge to catch a Blue Marlin, catching them on fly is becoming more popular by the day. Fly fishing for Blue Marlin in certainly not new, but is as exciting as ever.As anyone knows who follows us, the Cape Verdes will give you more shots on Blue Marlin than anywhere in the world, which would have to make this fishery one of the best to target blue marlin on fly.

Capt. Marco Canu of the Nau Cretcheu was chasing down the man in the blue suit on fly, fishing aboard the Gladius with Capt. Glenn Johnston. Marco captured this awesome series of a blue marlin attacking the fly. To us, nothing is more exciting than the bite and Capt. Marco captures this perfectly here. Working the deck that day was James Kinninburgh.