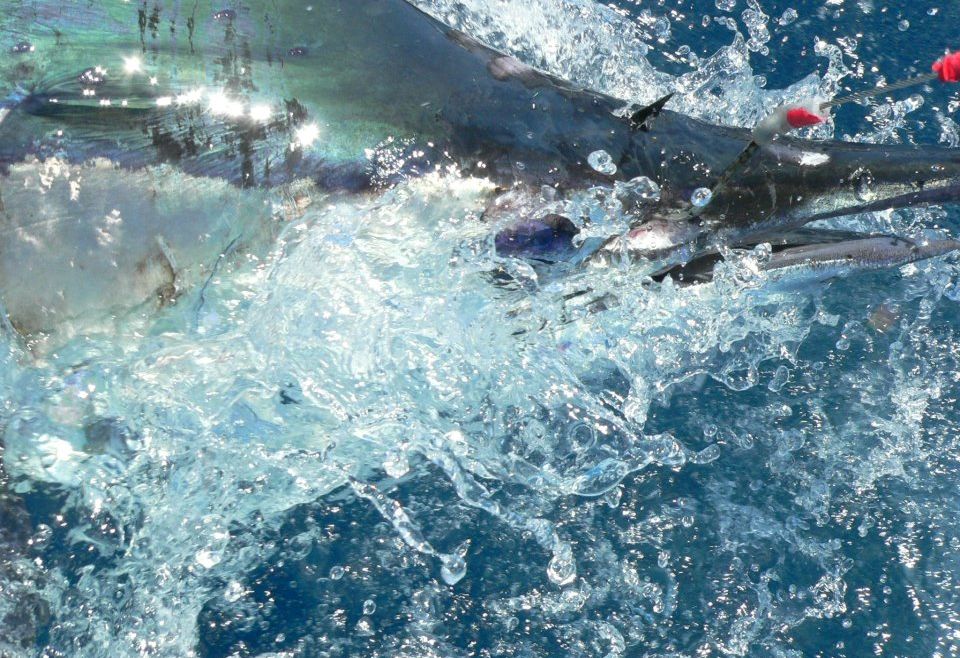 Cape Verdes – This fishery never ceases to amaze us. Five Blue Marlin released in a day, seems about average  (yes, they do have days with none) but June has proven to be one of the best months to be in the Cape Verdes, despite what other may say. Well others are wrong! We don’t want to forget the efforts of Capt. Zak Conde on Amelia who went 10-21 on Blue Marlin, which on any other day would be by far the best report, BUT….the Dreamin On is also fishing these waters and they are putting up Guatemala Sailfish numbers, only these are all Blue Marlin! Capt. Randy Hodgekiss and Team (including Leisure Lee Stevens) went 17-40 (lost count) on Blue Marlin. Words simply can’t describe that day and if from any other boat, we may not be posting this. They boys have now released 140 Blue Marlin for the season, eclipsing their goal of getting to 100!

Here is the full report from Lee Stevens:

Captain Randy Hodgekiss had been studying the charts and had always wanted to fish around a Sea-mount that was quite a run from where the boat is docked at Mindelo Marina, Sao Vincente. The Cape Verde seas are usually not very friendly and the trip to the mount would be one that would have to wait for the right weather and the right forecast in order to get there and back in the same day. If you look on your charts of the Atlantic Islands of Cape Verde you will see a small deserted island on the West side of Santo Antao, then offshore of it you will find two sea mounts. These spots were at the top of the list for Randy to take the Team as soon as the weather would allow.
Then the weather and forecast looked good enough for the Dreamin’ On to give it a shot. The boat has just fished there for the last two days and has released 21 Blue Marlin. Four Marlin releases on the first day, and 17 Blue Marlin releases today. The best day ever, before today for the Dreamin’ On fishing teams. have been 2 days of 10 releases and one day of 11. Releasing 17 Blues in one fishing day is not only a feat that might go down in the record books, but this day may mark a goal that might be unbeatable by a private boat fishing without a Mother-ship. There were several triple hook-ups and double hook ups however we had only 2 Anglers so the triples were not caught. Steve Keinath and his brother-in-law “Tony” were the anglers of record and put the boat’s total catch, as of today, at 140 so far this season. We will be fishing these waters for at least 3 more weeks, including the 4th of July World Cup. Much more to come!
“Leisure” Lee Stevens, Co-founder, “Marlin Magazine