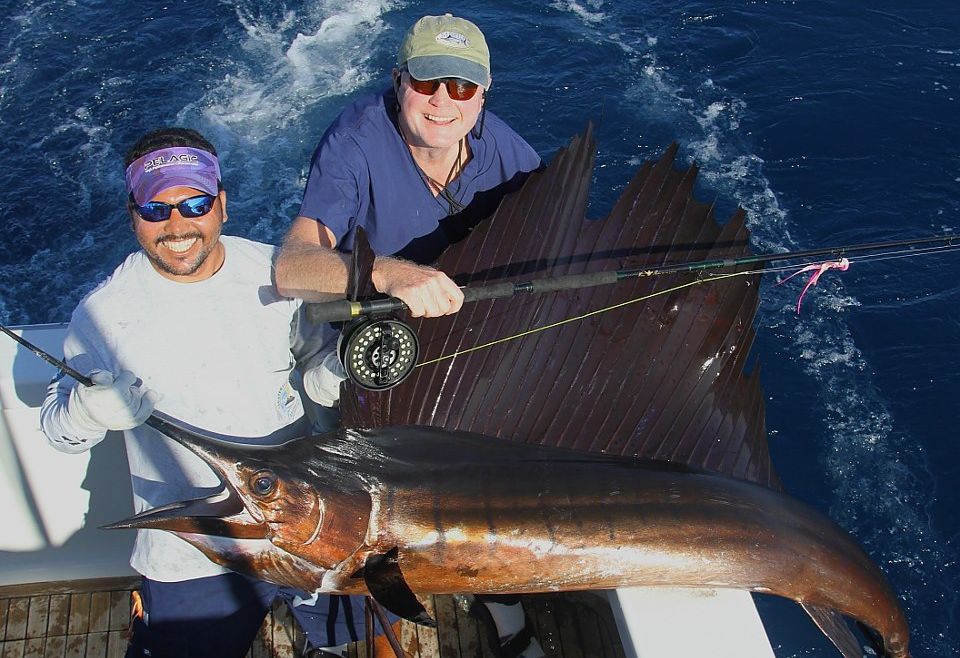 Guatemala – Does this fishery every have a slow season? Sure, they have slow days like the rest of us, but the Sailfish always show. We get a good portion of our reports from Capt. Brad Philipps on the Decisive, who runs Guatemala Billfishing Adventures. While this fishery is known for great sailfishing, Capt. Philipps always seems to find a Blue Marlin mixed in there and just recently released a Grand Slam (Blue Marlin, Striped Marlin & Sailfish). But, Sailfish is what most people go to do in these fertile water and given the numbers, there is no finer place in the World to catch a Sailfish on Fly.

Here are some of the numbers the boys on Decisive have been putting up!

Raised 32 Sailfish, releasing 7 on Fly and 11 on Conventional.

Raised 27 Sailfish, releasing 5 on Fly and 9 on Conventional.