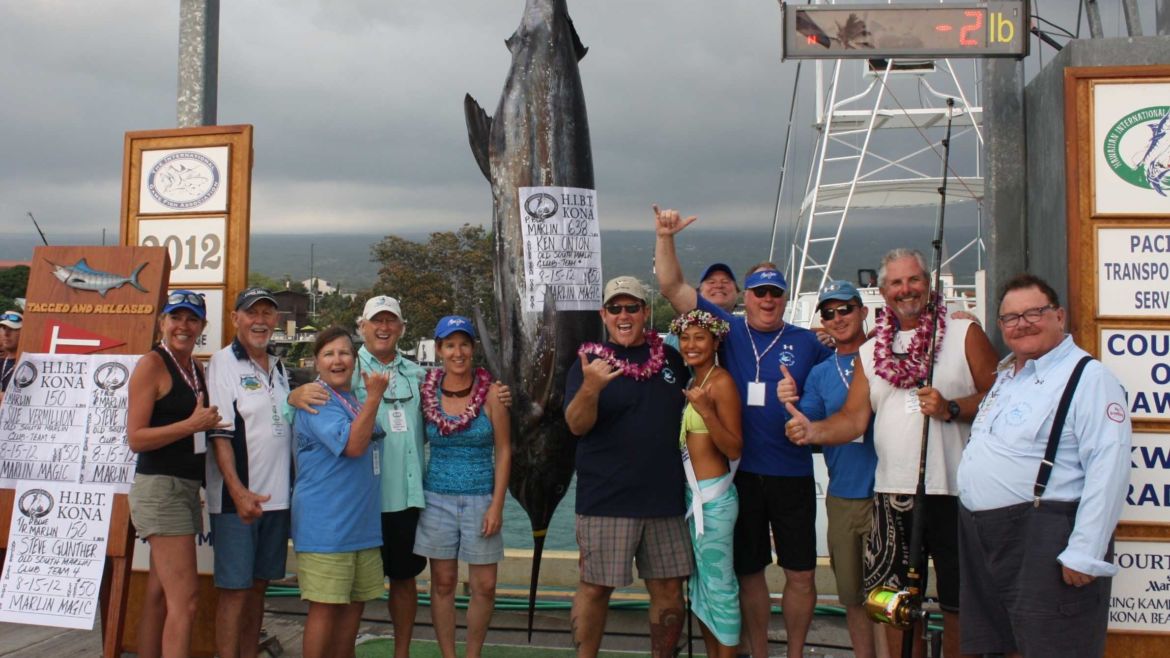 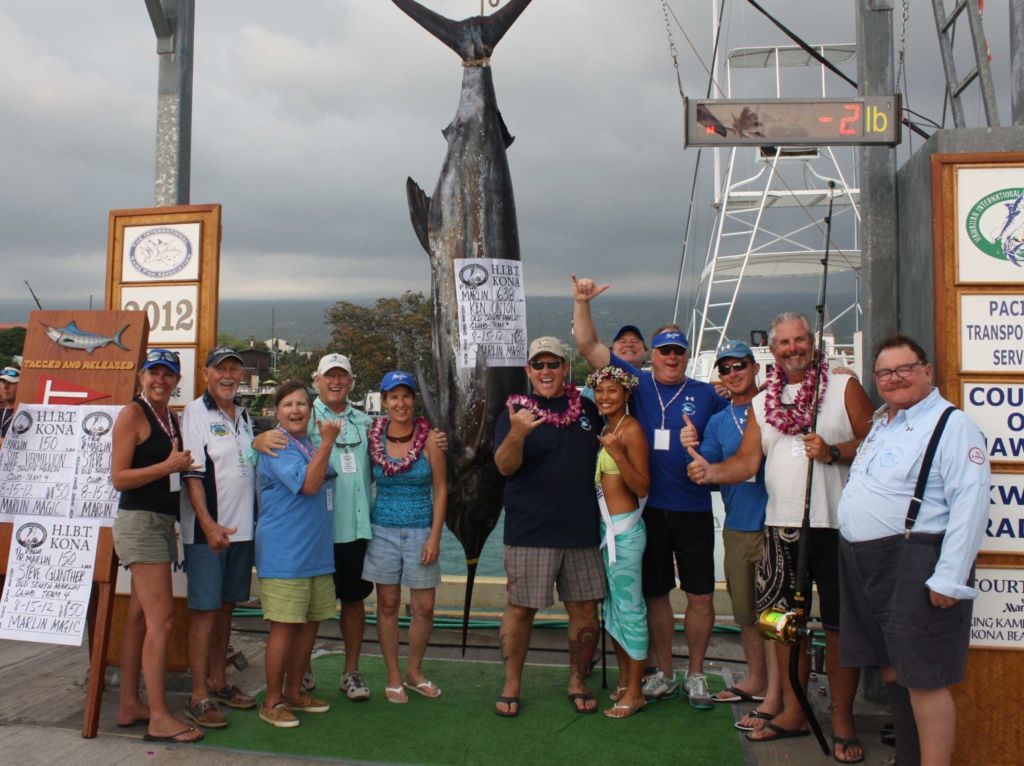 Kona, Hawaii (Day 3) – At the close of Day Three of the Hawaiian International Billfish Tournament (HIBT) 34 of the 40 HIBT teams have already posted points to the tournament scoreboard. The new moon is on the horizon and the next two days of fishing are going to be busy. This tournament could come down to Friday, 4:30 pm.

Other teams posting points this morning included Alii Brothers Marlin Hui from California and Hawaii. Fishing aboard the 46-foot Bwana, angler Dan Holt fought for 28 minutes before he was able to tag and release a Pacific blue marlin estimated at 250 pounds on 50-pound test line.

New Zealand’s Bay of Islands Swordfish Club – Striker team also scored when angler Viki Smith hooked-up in the fishing area known as Uniform, way south of Kailua Bay. Fishing aboard the 47-foot Lightspeed, Smith boated her 584-pound Pacific blue marlin in an impressive 22 minutes. This Pacific blue marlin was caught on 50-pound test. “This is my second time here at HIBT. I love fishing and have caught marlin before, but it sure was nice to put additional team points on the scoreboard,” said a happy Smith.

Captain Rob Ellyn, the 2011 HIBT Richard Boone Award recipient, knew the fish were biting down south. “HIBT teams have been getting a bite or two a day in Uniform, and this is an area I love to fish in,” said Captain Ellyn. “For a large marlin, she was quiet and we had her to leader in about 5 minutes. However, she made another round and we finally boated her in just over 20 minutes.”


“I’m happy that HIBT is showing people around the world what fishing in Kona has to offer. The big fish are here for those lucky enough to fish in Kona, and our practice of encouraging tag and release supports sustainability,” said Peter Fithian, tournament founder. “HIBT has supported and been a part of pelagic research from the beginning of our 53-year run of tournament fishing. This week, The Great Marlin Race deployed satellite tags on Pacific blue marlin that provide incredible data recovery. HIBT believes in the science behind the fishing, we learn something new from these fish every year.”

At the end of Day Three, 31 billfish and 3 ahi put points on the board.

*Note: in the event of point ties, place standings are determined by the time the fish is boated.