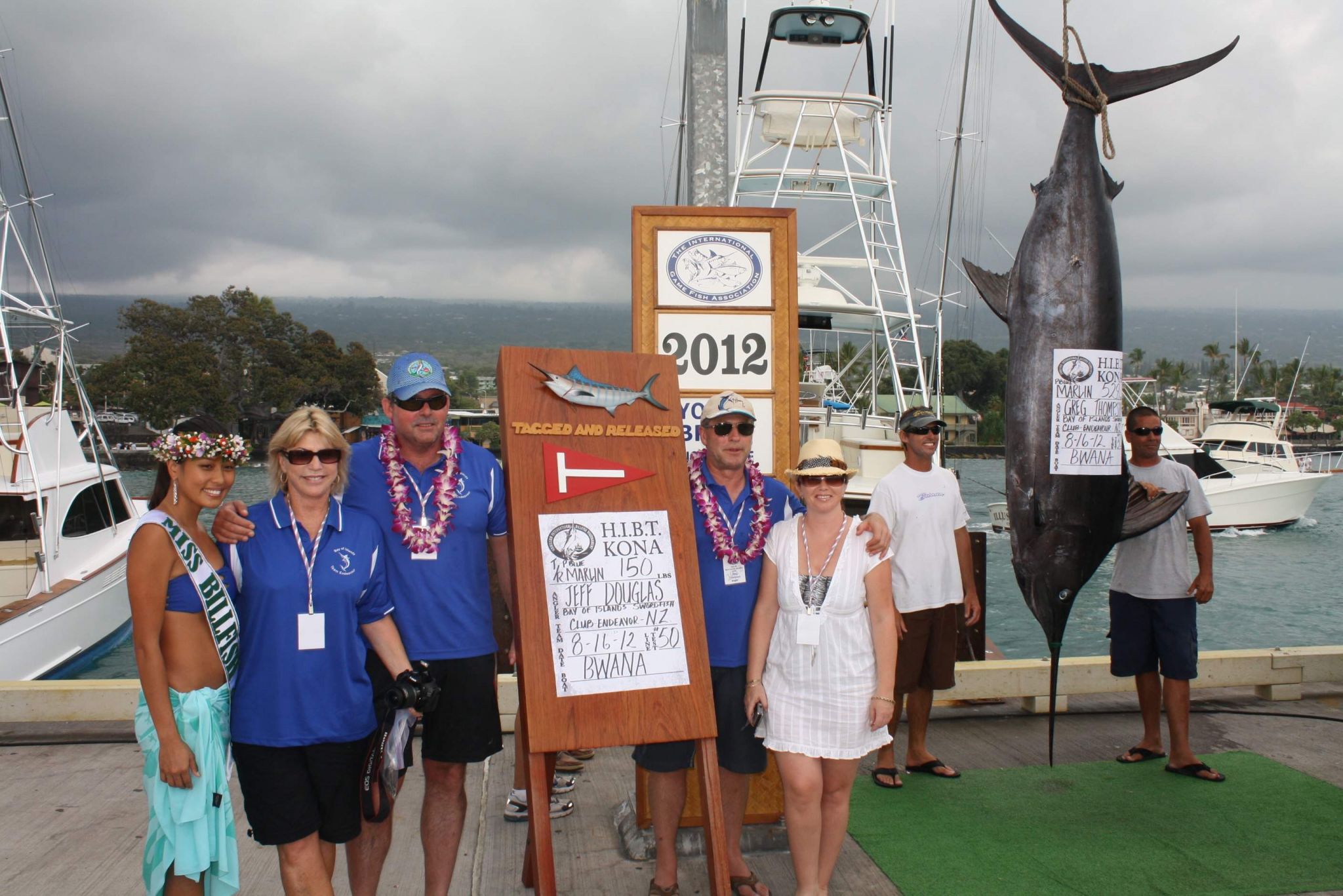 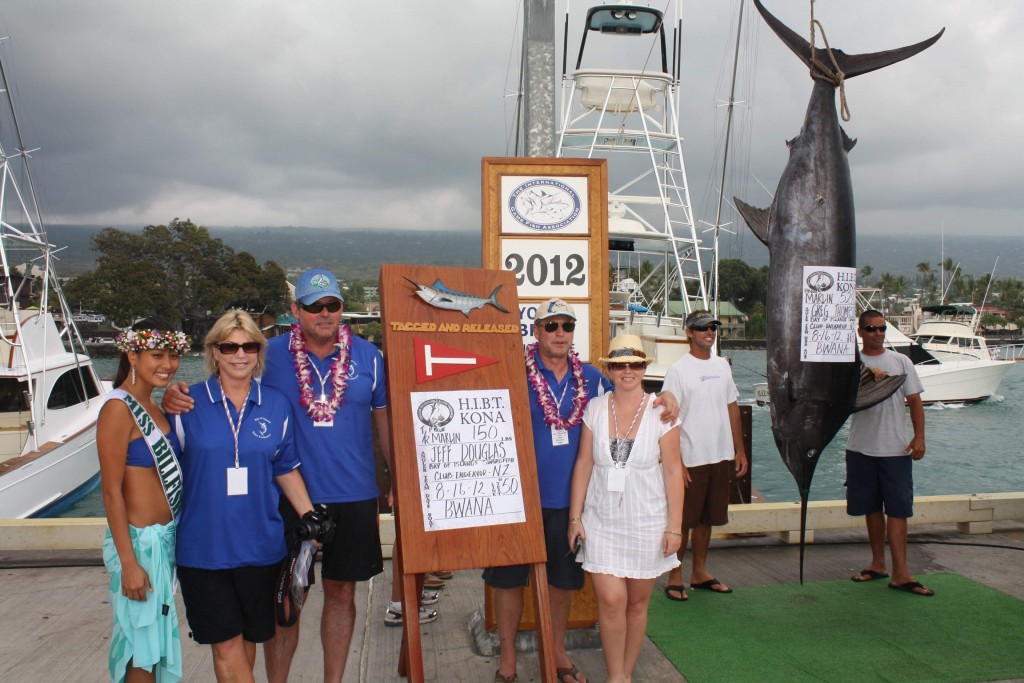 Kona Game Fishing Club Taiyo of Japan has consistently posted valuable points on the board all week. The team fished aboard the 41-foot Miss Mojo today and tagged and released another two Pacific blue marlin and boated an Ahi, netting this team a close second on the scoreboard.

“Such an active scoreboard indicates what a great week of fishing we have had here on the Kona Coast,” said Peter Fithian, HIBT Founder. “HIBT teams are fishing with lighter line and working hard while the captains and crew members of this fine fleet work just as hard to bring in the fish. International sportsmanship and camaraderie are key components of the Hawaiian International Billfish Tournament.”

Boat Captain Battles
Tournament points are equally valuable for each HIBT captain. Several awards honor the memory of Kona’s fishing legends and are cherished by the captains. Through Day Four,
Captain Jason Holtz of Marlin Magic holds the lead in the race for the highest score and the Henry Chee award. Other captains to watch going into tomorrow’s final day of HIBT fishing include Teddy Hoogs of Bwana, Doug Pattengill Holo Holo and Mark Shubert of Miss Mojo as they battle it out for the Henry Chee Award.