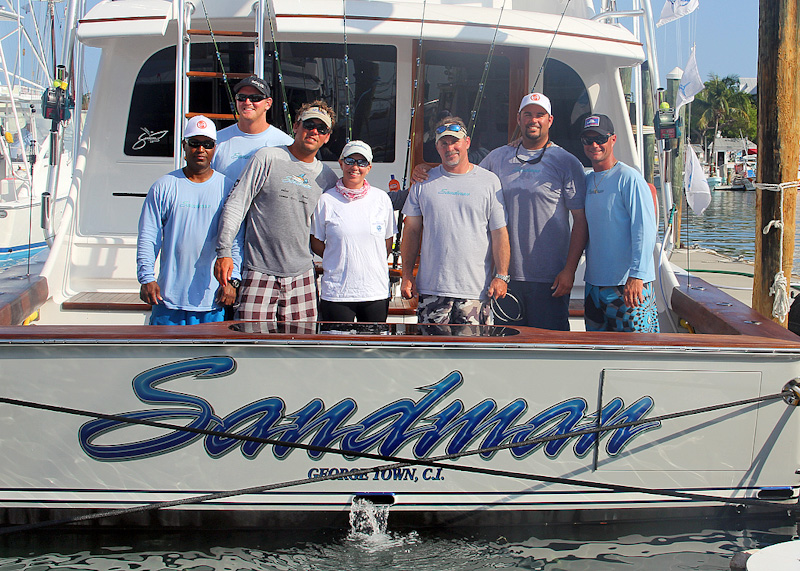 The event’s defending champion takes home a total of $316,917.50, after the tournament was called Sunday morning for safety concerns due to high seas and worsening weather conditions.

Sandman, led by captain Scott Leon, boat owner Sandra MacMillan and crew Kyle Sherman of Fort Lauderdale, Domie Adames of Miami and Robby Waddick, Cory Ryan and Wes Stevens of Pompano Beach, finished with 34 releases. Based on the time of the release, Sandman was able to hold off Team Advanced Roofing who also finished with 34 releases.  Team 4 Aces made a charge Saturday by releasing five fish in just 42 minutes of fishing to capture third.

“I can’t put into words how this feels” said Leon, who joined the team midway through the season. “It’s just a great feeling. It’s incredible. We have a great team. The crew and captains on the boat are just awesome. We worked really hard to get here.”

Sunday also marked the second World Sailfish Championship title for Leon, who led Team Rock Star to the title in 2008.

A field of 53 boats caught a record 630 fish over the first two days. However, Saturday was limited to just 42 minutes of fishing after heavy storms moved through the Key West area and lightning knocked out tournament communications. Overall the event finished with 652 total releases.

That meant the first two days of fishing – Wednesday and Thursday – were critical to Sandman’s taking home the big check. Sandman caught 20 fish the opening day and 14 on Thursday before heading into Friday’s lay day and wondering what Saturday would hold weather-wise.

“Wednesday and Thursday were critical because I knew they were going to be tailing and I knew we were going to have to catch as many as we could in the first two days because the third day was going to be minimal,” Leon said.