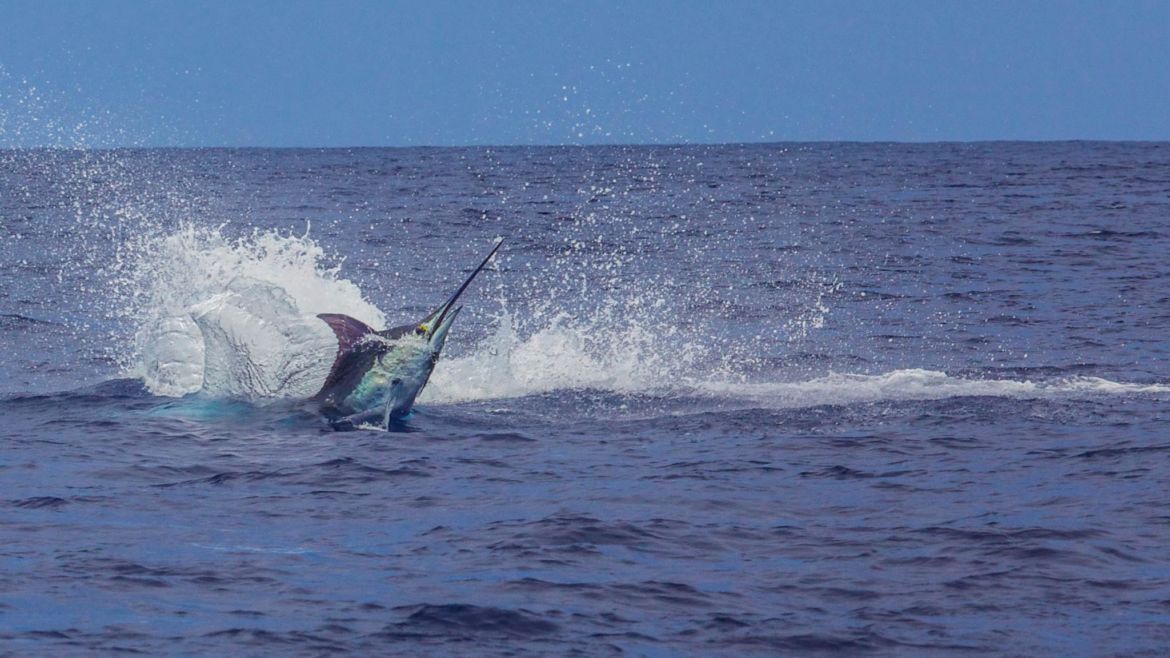 September 500+ Club – We had a another GREAT month for big fish thanks mostly to the warm Eastern Atlantic Ocean. We had 56 Blue Marlin and 5 Black Marlin reported to us, no Swordfish this month. The Azores once again dominated, accounting for 38 of the 56 (68%) Blue Marlin over 500 lbs. reported to us. Kona, HI was 2nd for reports, with 13 Blue Marlin including a Grander courtesy of Sea Genie II. Top Boat for September was Habitat who released 14 Blue Marlin!