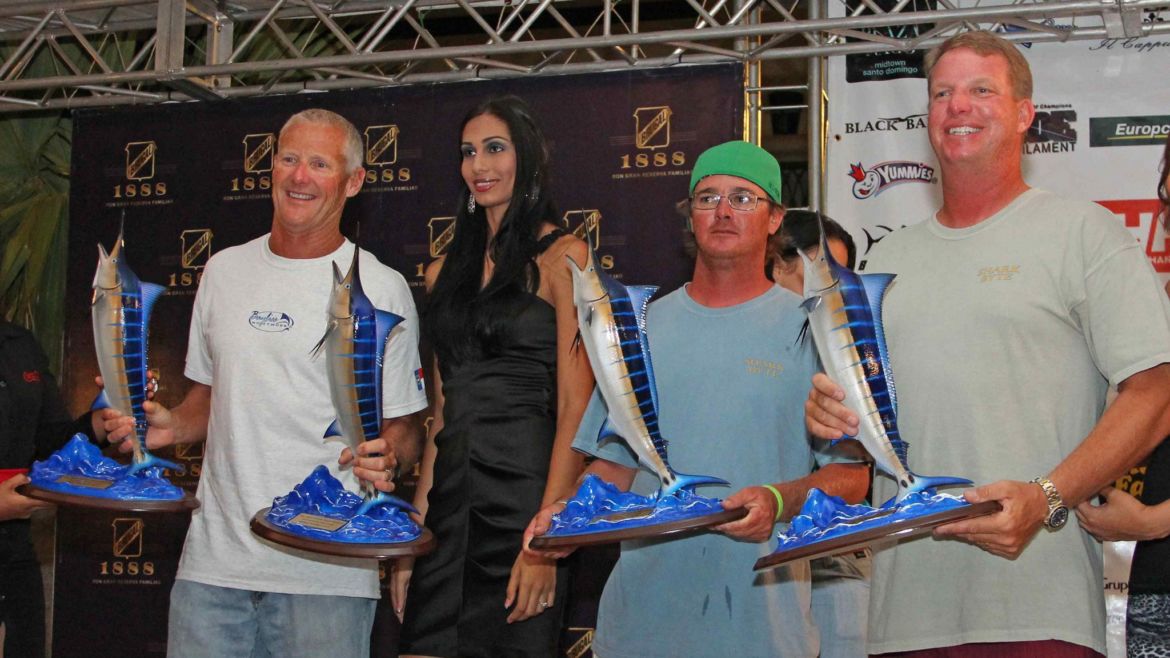 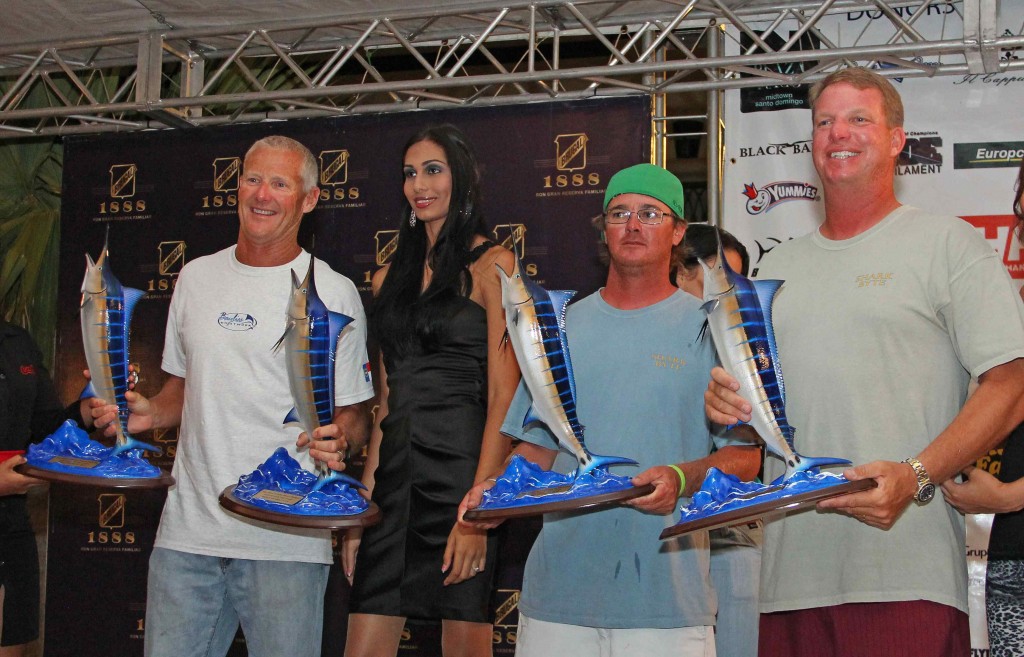 A blue marlin release late on the final day of fishing in the Cap Cana International Billfish Shootout helped secure the victory for the crew on Shark Byte, a custom 73-foot Bayliss.

“The bite was really kind to us,” said Capt. Rich Barrett who ran Shark Byte, which is owned by Pete Cherasia. “We were fortunate to hook just about all of the fish we saw.”

Shark Byte wasn’t the only boat in the fleet that the bite was kind to. On Day One the crew on the Dona Lucy tallied 1,560 points to take home the daily, while Peje and Alina sat in second and third place respectively with just 30 points separating the two. In the angler division, Efrain Rodriquez led all scores with 1,140 points. Despite a big sea in the morning heading out of Cap Cana Marina, the fleet put up impressive numbers releasing 39 white marlin and six blue marlin on the day.

On Day Two, the seas calmed down a little and the fleet headed back out to the fishing grounds, just a nine-mile steam out of the marina inlet. Shark Byte had a big day catching six white marlin, enough to push them up into second place, just 90 points shy of the lead, which was still held by the crew on Dona Lucy. The team on Alina managed to catch four whites to hold onto the third place spot. Efrain Ridriquez remained in the top spot for the angler category followed by Jose “Pepe” Anton and Kurt Ward. The fleet caught one blue, 34 whites and a sailfish on the day.

The competition continued on the lay-day as team’s competed in the Cap Cana Cookoff. Six teams entered various dishes, but nobody could beat out the chefs on Peje who prepared a lobster and fish black, squid ink rice dish. It was Peje’s second win in the last two years and they were proud to retain the title as top chefs of the Shootout.

The final day of fishing proved to be the best for the team on Shark Byte. The crew caught three whites and one blue to move up into first place. Boatbuilder John Bayliss landed that last blue marlin that put them into the lead in the Chivas Division.

“It was around 3 o’clock when we got that blue up behind the boat,” Barrett said. “It was a great teaser bite and John did a really good job on the rod. Those 500 points pushed us right into the victory circle.”

Dona Lucy fished the event with 3,030 points to land in second place while Reel Passion moved up from fifth place into third with a total of 2,730 points.

In the Brugal Division, Peje took top honors with 2,310 points followed by Batichica with 2,060 points and Caramba with 1,770 points. The fleet caught 37 whites and six blues on the last day of fishing, bringing the 2012 Cap Cana Int’l Billfish Shootout total to 124 billfish.

Rodriquez maintained his lead in the Chivas angler division, taking home the top spot with 2,190 points. Three anglers tied with 1,260 points, including Pepe Anton, Kurt Warkd and Billy Ingram. Anton finished in second place followed by Ward in third, based on time.