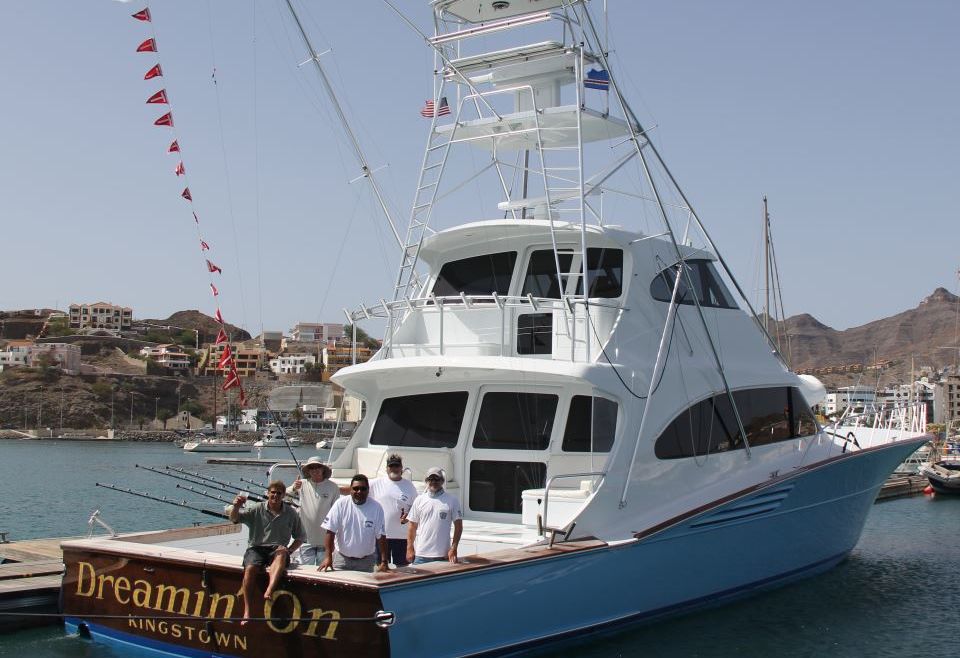 The Billfish Report is counting down its Top 10 Billfisheries of the Year, and coming in at #1 Cape Verde Islands. Criteria for our Top 10 include fish numbers, variety of billfish species, average size of fish, length of season and numbers of boats fishing.

We are still in shock! We are still in awe! The Cape Verde Islands blew us away this year, which is tough. From our start, this fishery has never even left the Top 3. This is by far and a way the best Blue Marlin fishery on earth and unlike the other Eastern Atlantic hot spots, it does not seem to have the same variance in its high and lows. It is a very balanced fishery when it comes to Blue Marlin, with both numbers and size. In fact there were 4 Granders caught in these waters in 2012, with 60 over the 500 lbs. mark. So, not only do you have a realistic shot of a double digit Blue Marlin day, you have a chance at a big girl too. Where else but the Cape Verdes?

There was one day that has been talked about a lot and guess what, get ready to hear it again, because it is deserving. Capt. Randy Hodgekiss on Dreamin On a beautiful 78′ Garlington , released 17 Blue Marlin in a Day! Seventeen of these beautiful and rare “kings of the sea” were not only seen, but brought to the boat. From 31 Days of fishing they released 100 Blue Marlin, half of their goal for the year. On their best day of raising fish, they saw 45. There are GREAT fisheries where boats will not even see 45 Blue Marlin for the season.

The other major accomplishment that has not been talked about is that of Capt. Simon Bracey. Of the the 4 Granders caught in the Cape Verdes in 2012, 3 of those were courtesy of Capt. Bracey on the famed Grander Raisers, the Happy Hooker boats.

Familiar names like Gladius, Amelia, Smoker, Bebiche, Nha Cretcheu, Onda Emma and many others all had spectacular days. It got to a point where a 5 Blue Marlin day was seeming very average to these guys. We would normally say, enjoy it while it lasts, but it seems this fishery is a very consistent producer, or at least we hope so for 2013!

Congratulations to the Cape Verdes, our #1 Billfishery of 2012. Here are some of the Highlights!

Cape Verdes – Dreamin On went a combined 29-52 on Blue Marlin over 4-Days of fishing.

Cape Verdes – Gladius released 10 Blue Marlin, including one that went well over 800 lbs.

Cape Verdes – Spectacular fishing for Capt. Matthias on the Smoker who went 10-16 on Blue Marlin.