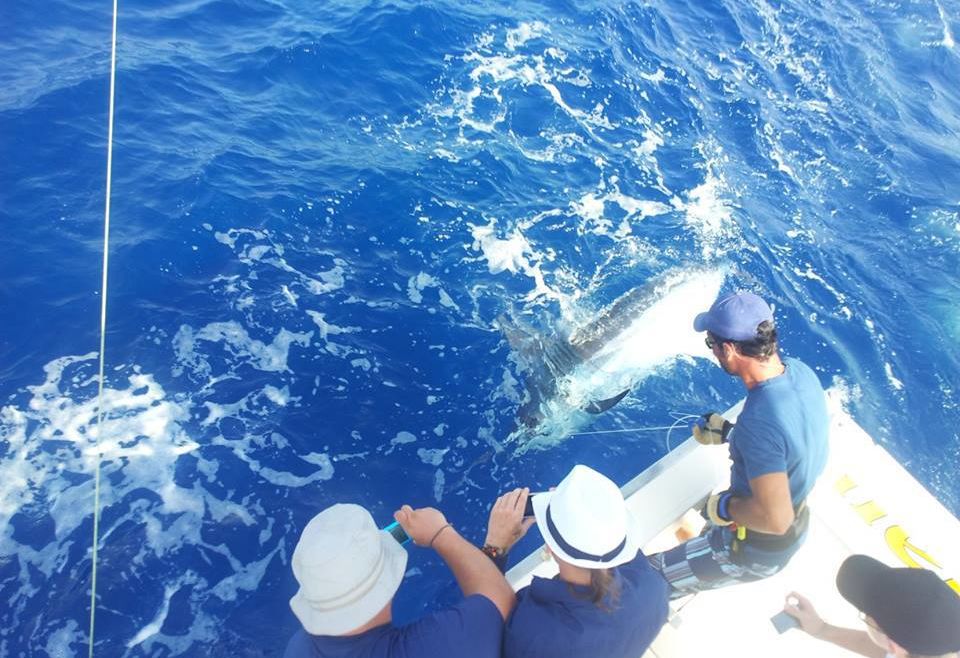 Grand Canary – We did not see the typical big run of Blue Marlin in the Spring this year, but over the last week they have made their presence felt. Many boats are seeing 3-4 Blue Marlin a day, with plenty of fish over the 500 lbs mark. The fleet is reporting an average of 20+ Blue Marlin being released a day. As many know, Grand Canary is known for large Blue Marlin, so we should not be surprised to see some much larger fish being caught over the next few days. As is normal in any fishery, we don’t know how long this bite will last but we will take it! Here are a few reports over the last few days.