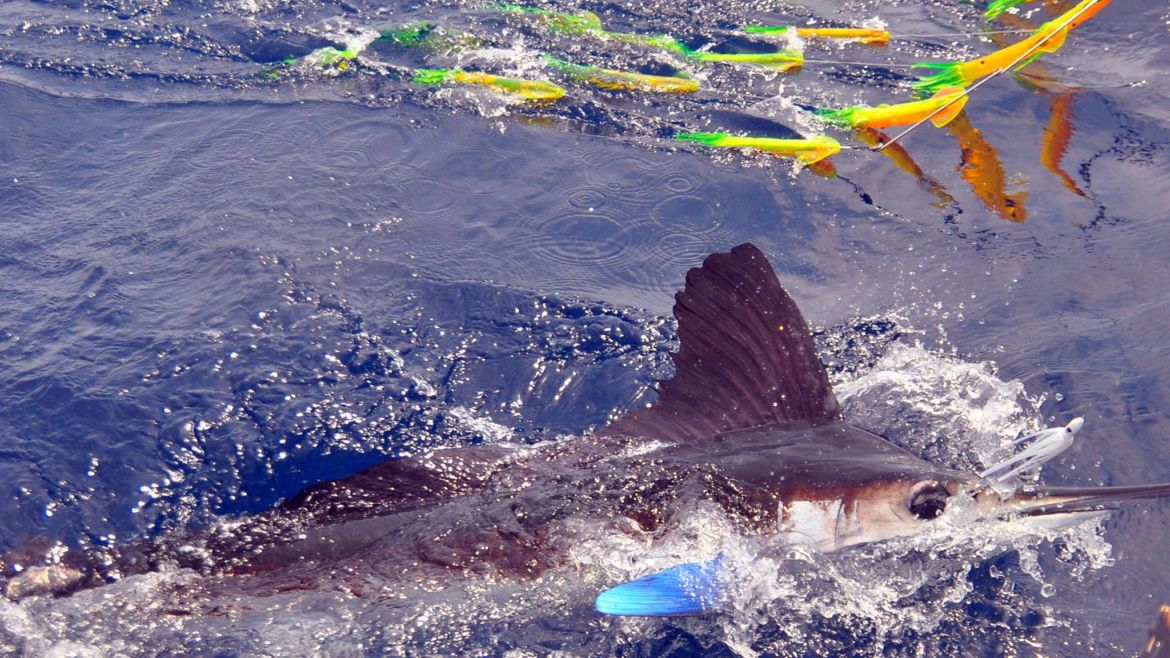 Mid-Atlantic (VA,MD,NJ) – We were starting to wonder when the bite was going to begin in earnest off the Mid-Atlantic. Well, we got the answer in a big way this past weekend. The timing of course is perfect with the White Marlin Open on the horizon. The best report we got was off the Wound Up out of Ocean City, MD with 12 White Marlin released. We got a report on two 600 lbs. Blue Marlin. One was out of Wachapreague, VA on Reelentless and the other was out of Cape May, NJ on Viking 70.  We were overwhelmed with White Marlin reports and we will not post all of them here (you can go to our Feed on our main page of Billfish Report) but here are a few worth sharing.

We expect these reports to continue, so you can always check back here to get the latest. Now for some “administrative complaints”. We don’t get enough picture from all these great reports out of the Mid-Atlantic. You can email, Facebook and Twitter the reports, but no pictures? Come on folks, you can do better than that. We had to beg (joking) Bill Pino over at Squid Nation to borrow this great product placement shot of this White Marlin.