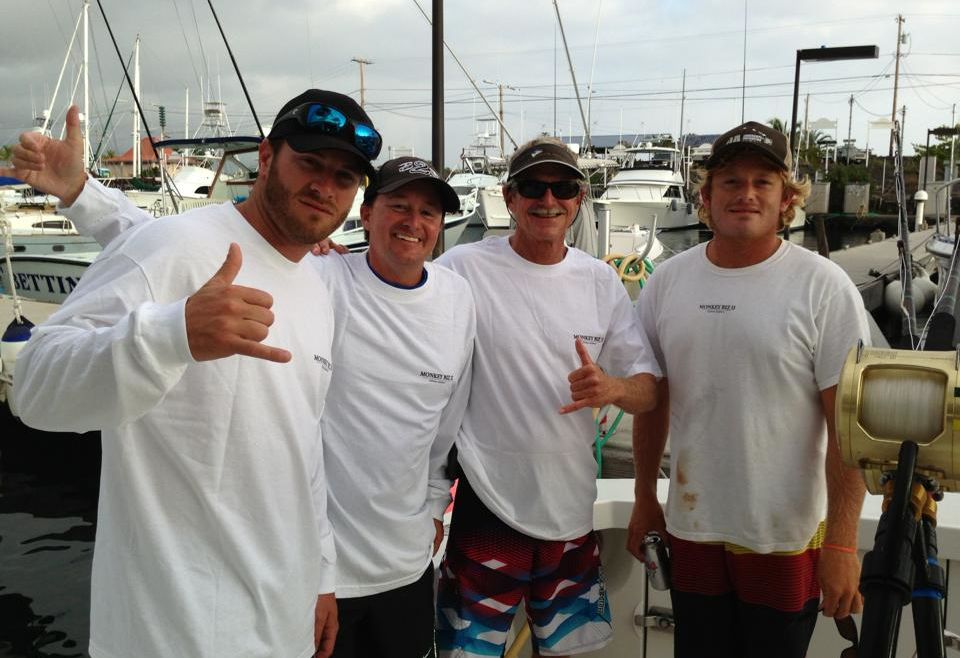 Pacific Ocean (Part I) – Kitt Toomey and Brett Cannon are on a mission! For some it is a lifetime goal, for these two guys, how about 30-Days. The Royal Slam for those of you who do not know, is catching all nine (9) Billfish Species.  Blue Marlin (Both Oceans), Sailfish (Both Oceans), Black Marlin, Striped Marlin, White Marlin, Swordfish and Spearfish. While many have accomplished this goal, none have done it in less than a month and with good reason. Forget the fact for a moment that the fish have to cooperate, the travel alone can take more than a week just getting to locations where the fish are. They have now flown over 21,000 Miles and that is just the Pacific travel.

Both had good luck in the Pacific, catching a Blue Marlin, Sailfish, Striped Marlin and Spearfish. The Black Marlin proved to be a challenge however and now as they transit back over to the Atlantic, they will have to go back to the Pacific to get that elusive Black. Here is where they have been thus far.

The boys are expected to arrive in Punta Cana, Dominican Republic today to start fishing the Atlantic in hopes of getting a Blue Marlin and a White Marlin. Brett is currently on Day 10 as he did not catch his first species until the second trip to Kona, HI. Kitt is on Day 22 as he caught a Blue Marlin on the first trip in Kona.

I hope you will join us in cheering them on as they go after a record that many of us would envy!