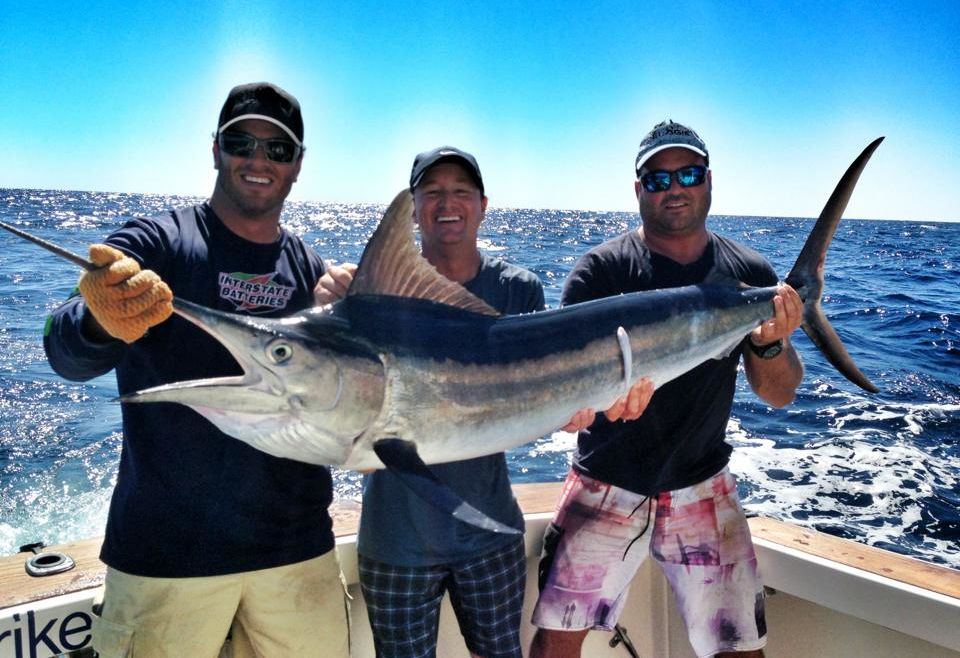 As some of you will remember from a report we published a few weeks back, Kitt Toomey and Brett Cannon set out to set a time record on the Royal Slam. The goal was to catch all 9 Species of Billfish in less than 30-Days and we are happy to report, Mission Accomplished! As would be expected, this was not an easy task and the billfish (particularly the Black Marlin) did not want to cooperate. The guys are based in South Florida and had to take two trips to Hawaii and two trips to Australia to achieve their goal. On the 2nd Trip to Australia, they both finally got their Black Marlin, which rounded out the Royal Slam for both. On time alone however, only Brett managed break the record getting all nine billfish in 26-Days.

To get this record it takes incredible dedication and these guys absolutely did it the right way, always adhering to IGFA rules and regulations. They certainly had to have some luck on their side, but they chose the right locations and captains to give them the best shot. We want to send a big congratulations to both guys for a great accomplishment and likewise to all the Captains and Crews for putting them on the fish. Here is how it all went down.

Fishing with Capt. Chip Van Mols on the Monkey Biz II, Kitt caught a Blue Marlin and jumped off a Spearfish.

Fishing on the Caliente, they both got their Striped Marlin.

Fishing with Capt. Jason Coffrin on the Mr. Trigger, they both caught their Sailfish as well as an additional Striped Marlin for good measure.

Fishing with Capt. Tim Richardson on Ambush, they both released a Blue Marlin and White Marlin.

Fishing on Kitt’s boat Get Lit, they both caught Sailfish.

Fishing with Capt. Brandon Mullar on Fish Tank they caught a Swordfish

Fishing with Capt. Josh Bruynzell on On Strike they both got their Black Marlin.