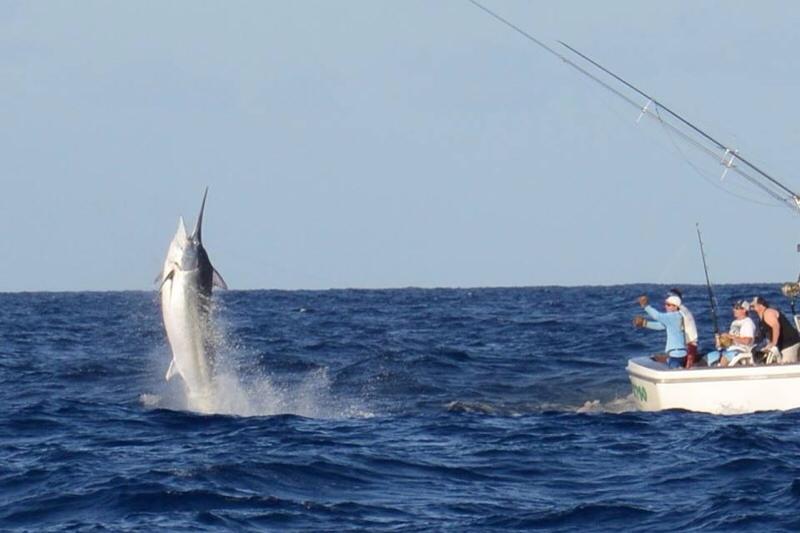 The Billfish Report is counting down its Top 10 Billfisheries of the Year, and our #3 Billfishery is Cairns, Australia. Criteria for our Top 10 include fish numbers, variety of billfish species, average size of fish, length of season and numbers of boats fishing.

This fishery has a very short season with really only two core months with a couple weeks on either side. We are positive there is some great Blue Marlin fishing out wide too, but why would you even bother trying when any given day you have a shot at a 1,000 lbs. Black Marlin. 2013 proved to be one of the finest over the last decade for big fish. In fact, there was a two week period of time, where even the saltiest of captains could not argue it was the finest fishing they have ever witnessed and that is saying something. There were at least one hundred and twenty nine (129) Black Marlin caught over 500 lbs. and we know we did not get  report on every fish. There were thirty-three (33) Black Marlin released over 900 lbs. with plenty of 950+, which in this part of the world could easily be a Grander.

How good was it for Granders in 2013 on the Great Barrier Reef? Capt. Billy Billson on Viking II released nine (9) over the 1,000 lbs. mark his best season in 26 years and the most in the fleet. In his 30th Season, Capt. Bobby Jones on the Iceman released four (4) Grander Black Marlin, one of his finest seasons and the 2nd best in the fleet on granders. Capt. Tim Richardson on Tradition released (3) Grander Black Marlin, Capt. Haydon Bell on the Release managed three (3) and Capt. Daniel McCarthy on Moana III released four (4).

Despite these unbelievable number of big Black Marlin, the season here is very short, there is very little variety and the numbers of fish caught in a day are low. But for us at the Billfish Report it still remains one of the finest fisheries the world has ever known with some of the best captains and crews you will find anywhere.

Congratulations to all the crews fishing off Cairns, Australia our #3 Billfishery of the Year!

Iceman released a Grander and a 750 Black Marlin