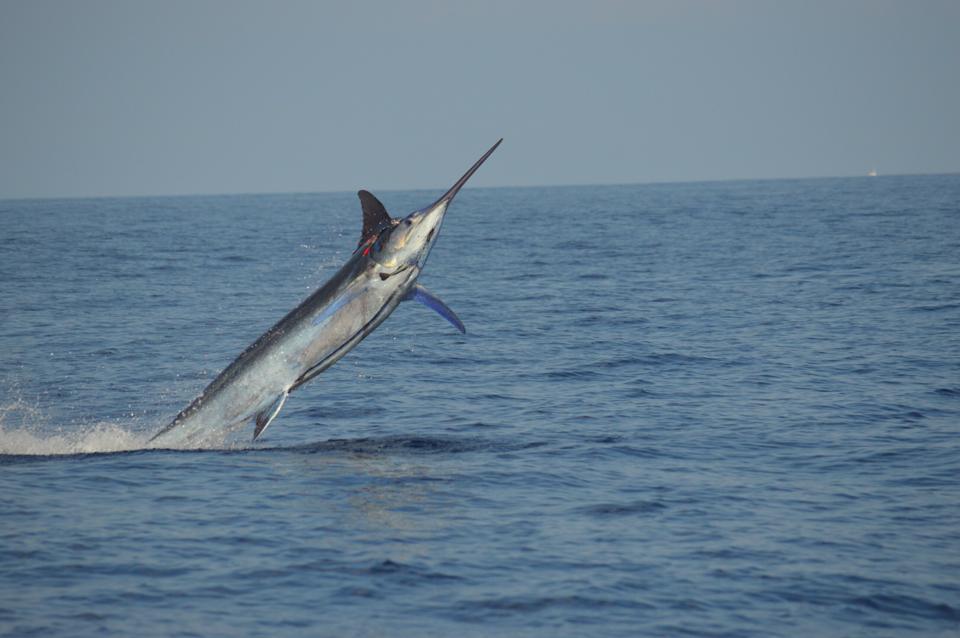 The Billfish Report is counting down its Top 10 Billfisheries of the Year, and our #7 Billfishery goes to Kona, Hawaii. Criteria for our Top 10 include fish numbers, variety of billfish species, average size of fish, length of season and number of boats fishing. With over 11,000 Billfish Reports submitted to us in 2014 from around the World, to even be considered for our Top 10 makes a fishery one of the best!

It was an odd year from the famed waters off the Big Island. The typical summertime Blue Marlin bite never seemed to hit its stride, but in its place was a really nice Fall bite and did someone say a November Grander? In all though, it was a very good year with eighty-eight (88) Blue Marlin reported to us over 500 lbs. which puts Kona 2nd in the World. There were four (4) Blue Marlin caught over 900 lbs including a 909 lbs. on Luna and a 996 lbs. on Ihu Nui. Kona once again scored at least two (2) Granders (Lana Kila, Nasty Habit) for the 4th straight year. It should be noted that Nasty Habit’s Grander Blue Marlin at 1,211 lbs was the largest weighed in the World in 2014.

Kona is absolutely a year round fishery, but if you are looking for quantity, you may want to looked somewhere else. There was once again some good variety with plenty of Striped Marlin and Spearfish being caught, although not targeted much. Lepika was the top Striped Marlin boat with four (4) released and the best report on Blue Marlin was a four (4) fish day on Lightspeed and Bite Me 5. There were at least five (5) Grand Slams caught (Northern Lights, Miss Mojo, Ihu Nui, Raptor, Topshape), the most interesting on the Topshape with a Blue Marlin, Striped Marlin and the elusive Sailfish.

Congratulations to the Crews fishing off Kona, Hawaii our #7 Billfishery of 2014!