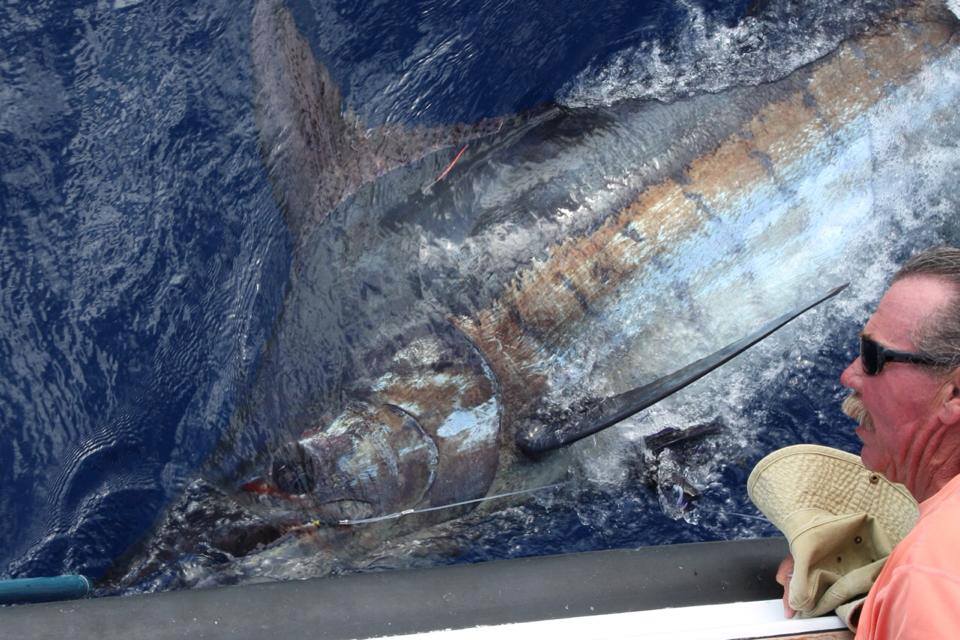 The Billfish Report is counting down its Top 10 Billfisheries of the Year, with an Honorable Mention to Madeira. Criteria for our Top 10 include fish numbers, variety of billfish species, average size of fish, length of season and numbers of boats fishing. With over 11,000 Billfish Reports submitted to us in 2014 from around the World, to even be considered for our Top 10 makes a fishery one of the best!

Madeira – What does it say about 2014 when a fishery that released thirty-one (31) Blue Marlin over 500 lbs. does not make our Top 10. After being out of consideration for many years, Madeira flexed its big Blue Marlin muscles once again. In one of the few fisheries in the world, where it is more challenging to catch a Blue Marlin under 500 lbs. than one over, the fleet released an impressive seventeen (17) Blue Marlin over 700 lbs. with two (2) fish from Pesca Grossa and Katherine B called over 900.

Madeira has a relatively short season compared to more tropical locations and traditionally does not see incredible numbers, unless you were looking for White Marlin this year. While the Blue Marlin remained the main target, the White Marlin often took the main stage or in many cases the main pest. Pesca Grossa, while not boasting, takes the White Marlin Trophy of the year going 5-17 in a day. It is not a judge of the anglers ability, but rather a knock on the very small mouths trying to eat very large Blue Marlin lures. At one point it seemed the crews should have been dragging naked ballyhoo, an almost unknown way of fishing in these waters. Still, the White Marlin made for interesting stat lines with Tightline releasing a Blue Marlin while going 3-7 on White Marlin or Our Mary releasing 2 Blue Marlin and 2 White Marlin in a day.

This is a very small fleet of regular boats patrolling these waters with typically only 5-6 boats targeting Billfish making their numbers even more impressive. For those of you who will remember Madeira due to its unparalleled run of large Blue Marlin in the 1990’s, it may not be back to those standards but they are headed in the right direction.