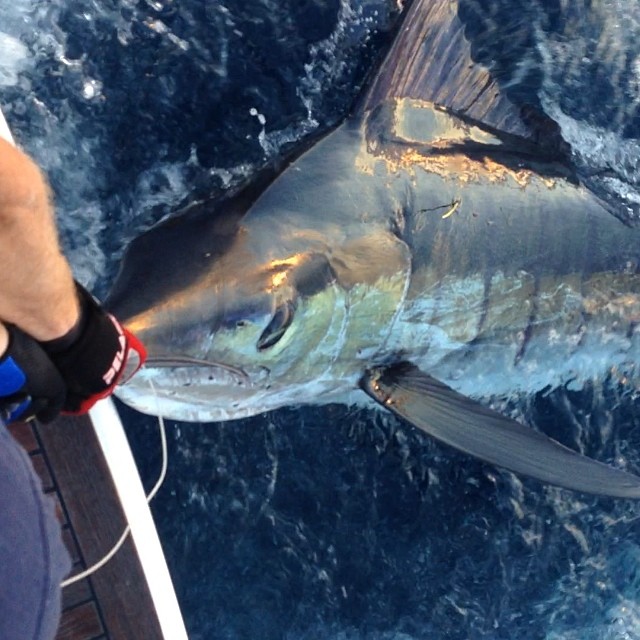 New Zealand – The North Island has had a very nice run of big Striped Marlin. Seeing that these waters are some of the finest in the world for large Striped Marlin, it should not come as a surprise, but the latest run has been worth noting. In most waters, a nice sized Striped Marlin is a 200+ lbs fish. In New Zealand waters, a noteworthy fish is one over 300 lbs. and we have reports of at least five (5) . From Mercury Bay, we caught word of a very impressive 373 lbs. Striped Marlin on Moggy, the largest we have heard of on the season. Still in Mercury Bay, Legasea weighed a 312 lbs. Striped Marlin while over in Tauranga, the Intruder weighed a 351 lbs. fish. While not a long season, we certainly like the way it has started.