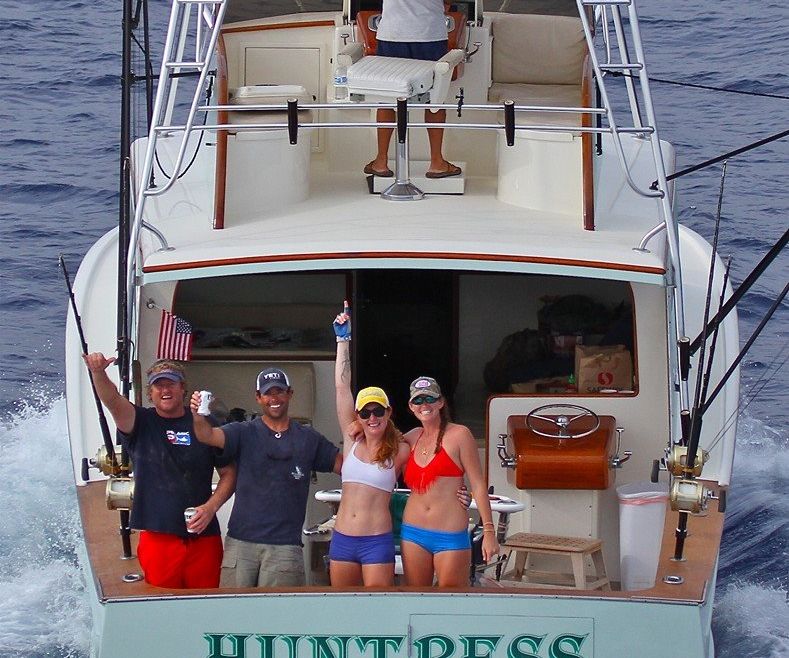 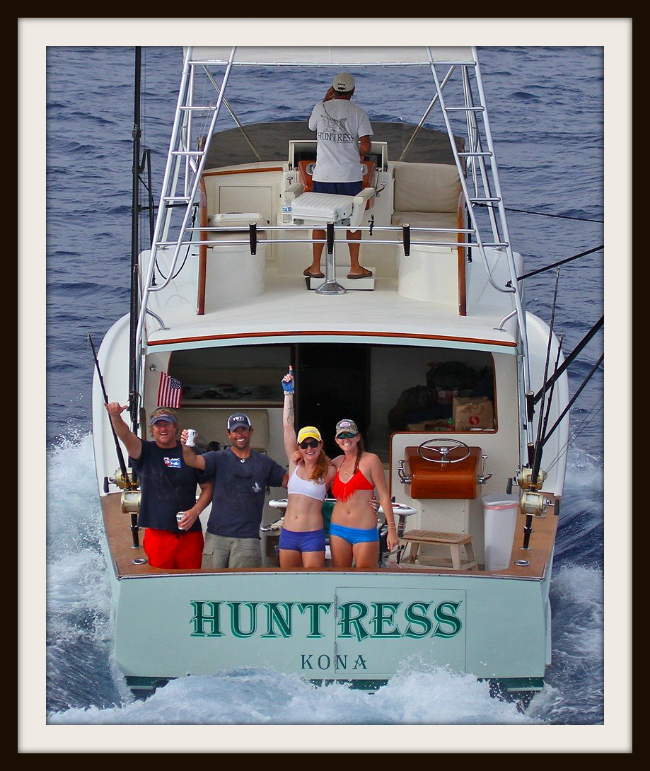 Kona, Hawaii – After a two year drought in the Blue Marlin World Cup, Team Huntress represented Kona on the world stage weighing a 656 lbs. Blue Marlin to take back the Cup. The Tournament started in Papua New Guinea and passed through some incredible Blue Marlin fisheries like Cape Verdes, Madeira, Canary Islands, Bermuda and the Azores but none could put up a fish over 500 lbs. Given the latest reports from these fisheries, this seemed almost impossible, but as the Altantic’s lines were out, all focus went to the Pacific and in particular Kona, Hawaii.

Kona’s day started out well, with Bad Company landing a fish they thought would be close to the 500 lbs. mark, only to be eclipsed by Tropical Sun’s 597 lbs. Blue Marlin only hours later. It was looking that it was going to be Tropical Sun’s day until Huntress with less than an hour called in a hooked up and Blue Malrin looked to be a “nice one”.

Capt. Steve Epstein was at the helm of the Huntress and put Lady Angler Stephanie Choate on the winning fish. It took an hour to get the fish on the leader for Mitch Latoff and gaff man Nat Cary who did the rest. Just like that, they turned a day of trolling into a World Cup winner.

It is worth noting, that just a few days before Team Huntress won the Marlin Magic Tournament with a 551 lbs. Blue Marlin with Miss Choate as the angler as well. A big Congratulations to Huntress (and Kona), for winning the Blue Marlin World Cup.