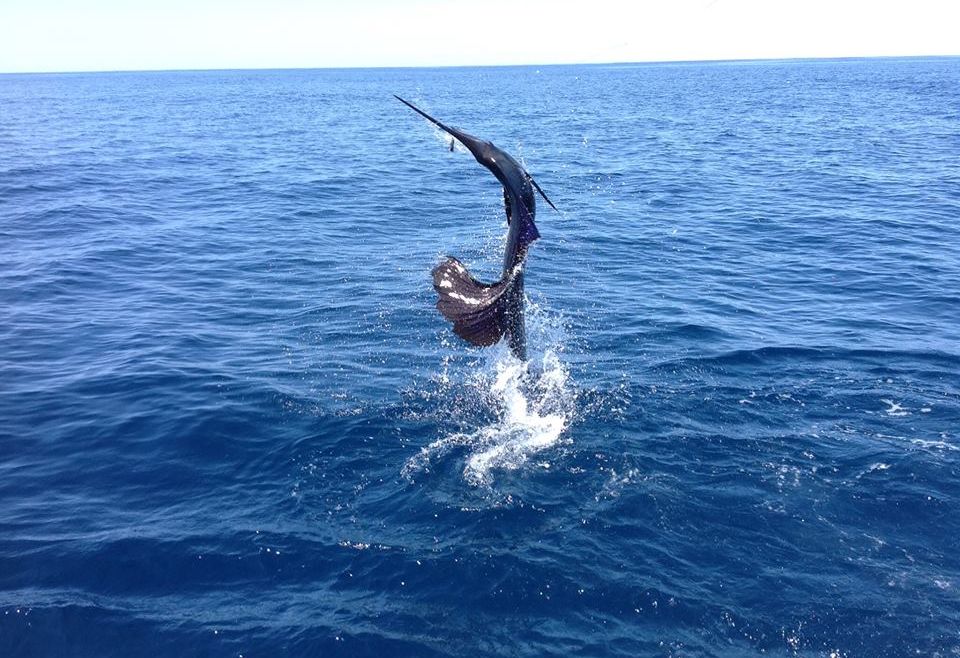 Jaco, Costa Rica – This has already been a banner of a season out of Los Suenos Marina. We have witnessed one of the finest Sailfish seasons, not only in Costa Rica, but in the World. The number are absolutely staggering, with a 20 Sailfish day being common. Reminds us a lot of that other Central American Sailfish hot spot, I think it starts with a “G”.

Now, after a banner “high season” the fishing has not slowed down. Normally by April, the bite usually tapers off and typically less boats are venturing out. Don’t tell that to Capt. Howard Lynch on the Tuna Bite, who went 23-37 on Sailfish. Capt. Bubba Carter on Tijerata didn’t get the memo either releasing 27 Sailfish and a Blue Marlin just to rub it in. Team Galati has been on the fish too, releasing 46 Sailfish over a 2-Day period. As always in billfishing, the fish dictate the high season, not the calendar!