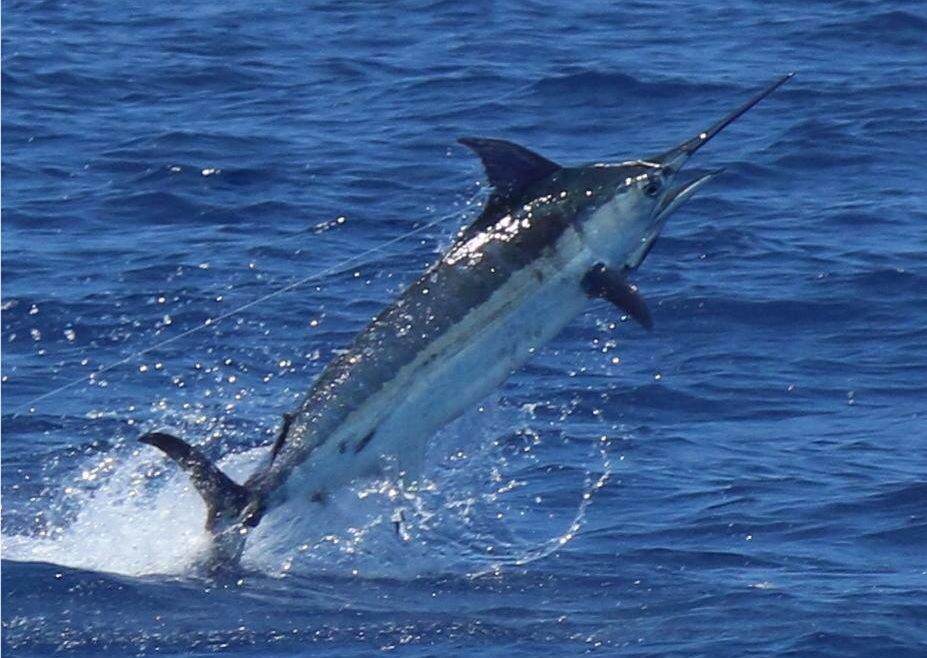 Nice run of Blues in Kona

Kona, Hawaii – There has been a nice run of Blue Marlin on this new moon out of Honokohau Harbor the last few days. Most boats are getting 2-3 shots a day with a few nice ones mixed in. Capt. Jason Holtz on Pursuit went 2-2 on Blue Marlin, including a 700 lbs. fish they released, largest we have heard of this week. Capt. Teddy Hoogs and Joe Thrasher on Bwana have had some good luck with back to back Blue Marlin days with plenty of shots. Raven managed to released 2 of 3 Blue Marlin and they had a fish around the 500 lbs. mark a few days ago. The rest of the fleet has been doing well with Marlin Magic, Marlin Magic II and Strong Persuader all releasing fish.