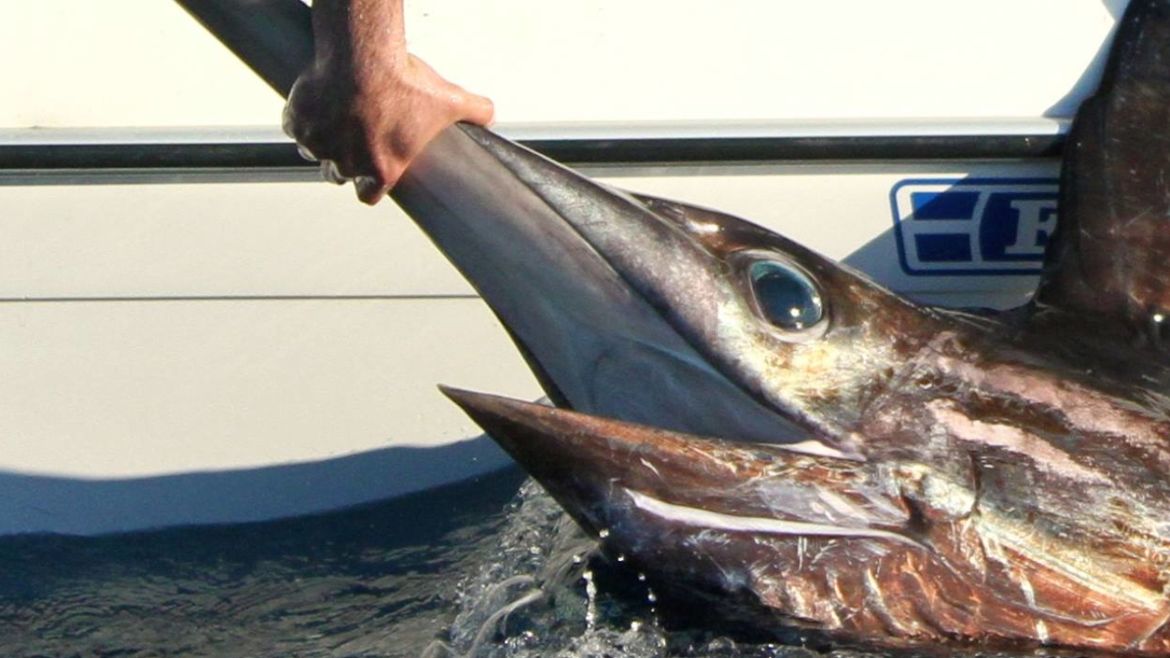 Tasmania, Australia – When you think of great Swordfish grounds most think of South Florida or New Zealand, but a few Tasmanian fisherman may be adding another hot spot to the list. While the exploration of the water off Eastern Tasmania is in its infancy, the results thus far have been encouraging.

We first learned of it after a report of a Pending Australian Record caught by the Skipper Leo Miller and Team ChoonaChasa who weighed a 312 lbs. Swordish after a 3 1/2 Hour Fight. At first glance it sounded as if the guys had put a lot of time into being the first to catch a Swordfish in these waters and perhaps this was a fluke. Turns out it was no fluke! Days later, we got a report of another nice Swordfish on the ChoonaChasa, this time a 350 lbs. beauty. Two (2) 300+ lbs. Swordfish in a couple days? Now you have our full attention!

It didn’t take long until other dedicated Swordfisherman were after the big girls and Tasmania was about to get their first 500+ Swordfish. Ashley Hallam and Jamie Harris were fishing 20 Miles offshore when they hooked into a Swordfish. The beast dragged the guys around in their 19′ boat for 7 1/2 hours, until they finally got the hooks into her. Back on land, the guys weighed her in at a very impressive 524 lbs, helping to put Tasmania on the map for big Swords.

The great fishing even caught the attention of the scientific community allowing Team Destruction (Sean Tracey, Darren Buttigieg, Damien Chetcuti, Lochie Nichols) to put in the first ever PSAT Tag into a Swordfish in Tasmanian waters. The boys were fishing in 1,700′ of water when they hooked into this absolute beauty of a 450+ lbs Swordfish (note the bill length). It took them almost 2 Hours to get her to the boat, before they got the 180-Day tag into her. This tag will no doubt provide some invaluable data on this fish and the fishery.

We are not crowning Tasmania as the Swordfish Hot Spot of the South Pacific, but given its proximity to great Swordfishing grounds of New Zealand, don’t be surprised when we do. A big thanks to Search for Swords Australia for keeping us up to date.