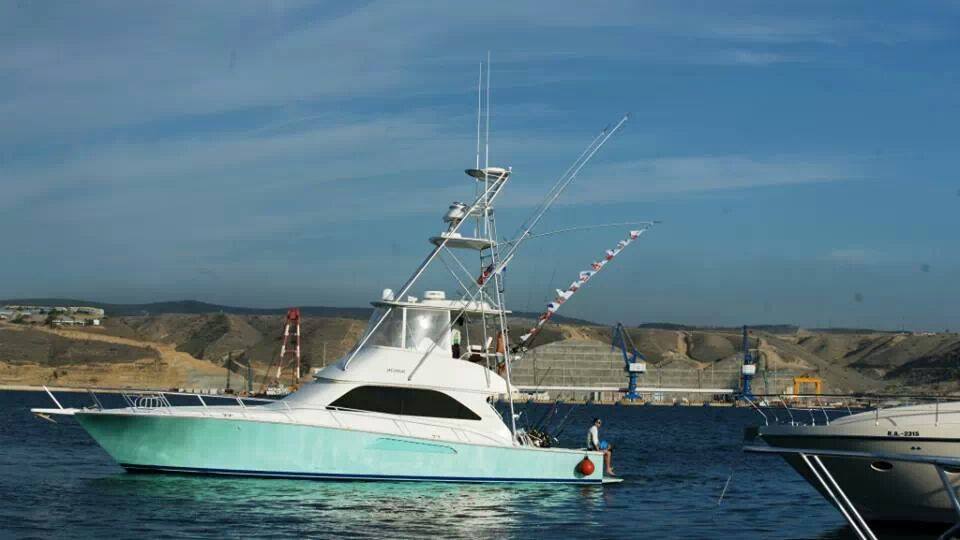 Lobito, Angola – The 10th Annual Lobito Big Game Tournament was one for the record books. Not only was the fishing spectacular in numbers with over 500 Sailfish released and 7 Blue Marlin, it was the size of the Sailfish that took center stage. The current All Tackle Sailfish World Record of 141 lbs was caught in these same waters. Now, a new pending All Tackle World Record will be submitted to the IGFA by Angler Marco Couto for his enormous 142 lbs. 6 oz Sailfish caught in the Tournament. That is not the only World Record application that will be filled out though as Angler Luisa Picarra caught a an equally impressive 136 lbs. 14 oz that will be submitted for the Women’s 20 lbs. record. A couple World Records in a  single Tournament certainly peaked our interest.

We were pleased to visit with Nicolas Pariset who always keeps us informed on Angola fishing. We were proud to hear and he was equally proud to share that 99% of the fish in this Tournament are now released, with the only two weighed fish being the pending World Records. He tells us that after visiting Costa Rica, they have changed their methods of fishing, including the implementation of mostly circle hooks. They have also begun a more vigorous tagging program, which has already yielded a recapture of a tagged fish. He has no doubt that the improved fishing technique along with conservation, will help make Angola a real sport fishing destination. We happen to agree!

We will of course continue to keep everyone updated on recent catches from Angola. We will likewise report back when the World Records become official as these are both very significant catches for our Sport. Congratulations to Marco & Luisa and wish them a speedy process getting approved.