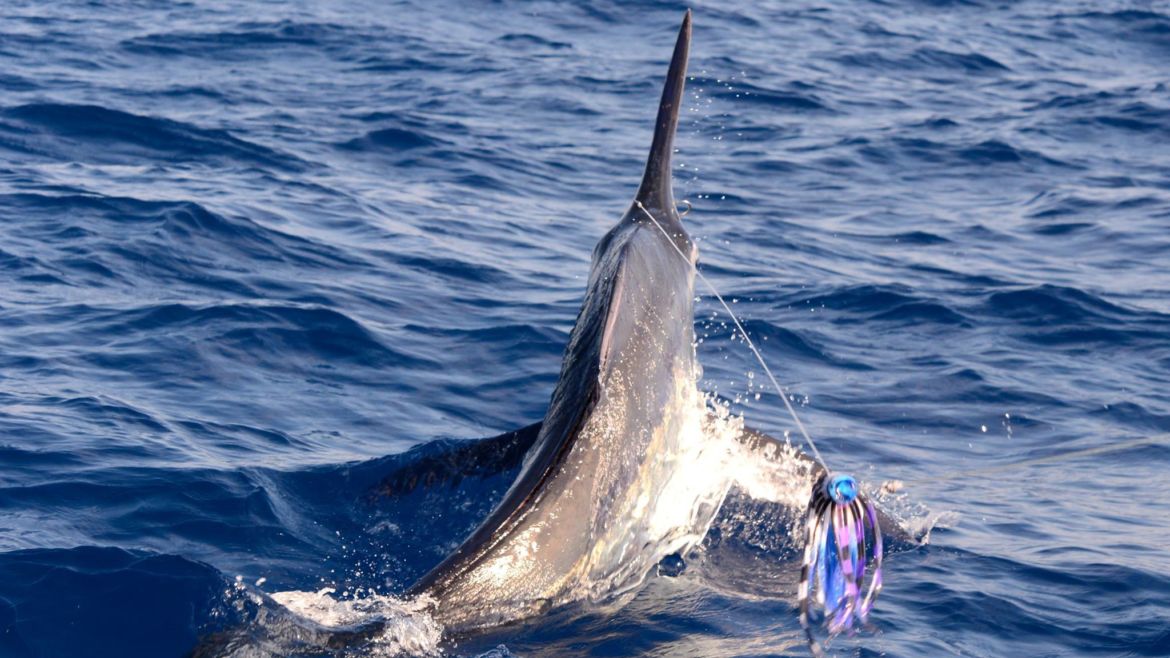 The Billfish Report is counting down its Top 10 Billfisheries of the Year, and our #4 Billfishery goes to Exmouth, Australia. Criteria for our Top 10 include fish numbers, variety of billfish species, average size of fish, length of season and number of boats fishing. With over 11,000 Billfish Reports submitted to us in 2014 from around the World, to even be considered for our Top 10 makes a fishery one of the best!

We didn’t discover it, but boy we wished we did. Exmouth, Australia is without a doubt one of the hidden gems in the Billfishing world. Located in the far Northwest corner of Western Australia, this fishery has almost everything. Great Species Variety, with Blue Marlin, Black Marlin, Striped Marlin and Sailfish all readily available. Numbers? When we named Exmouth to our Top 10 of 2013, we really didn’t consider it a numbers fishery, but 2014 sure proved us wrong. How about shots at 5+ Black & Blue Marlin a day and 10+ shots at Sailfish. Season? It keeps getting longer as boats start earlier and end later. Maybe the one thing it does not have is reliable size, but we are not even sure about that with two (2) Black Marlin over 500 lbs and four (4) Blue Marlin over 500 lbs including an 809 lbs. on the Reel Teaser and a 900+ on Peak Sportfishing.

What is impressive is the day to day consistency in the number of fish raised, but what blows us away is the change in species. Rather than have a months worth of Blue Marlin fishing, the crews here will mix it up with 2 Blue Marlin one day and then 5 Black Marlin the next. Given the great variety, it should be no shock that there were at least ten (10) Grand Slams caught, three of which were back to back to back (that would be 3) Slams from Capt. Eddy Lawler of Peak Sportfishing. Maybe ten (10) Grand Slams is not that impressive to some, but when there are really only 2-3 boats working this fishery at a time, it sure makes the averages look better.

The best Black Marlin day came off On Strike, releasing eight (8). The top Blue Marlin report came from Peak Sportfishing who went 6-7 on Blue Marlin. Sailfishing was especially good in 2014, with Peak releasing a season high seventeen (17) in a day. Striped Marlin may be the only billfish found here, whose numbers are not off the charts with a handful of boats releasing two (2) in a day. We still feel certain this is an emerging fishery and as more boats target the area, we are bound to see some even more impressive catches.

Congratulations to Exmouth, Australia our #4 Billfishery of 2014!

Peak Sportfishing went 6-7 on Blue Marlin and 0-2 on Striped Marlin.